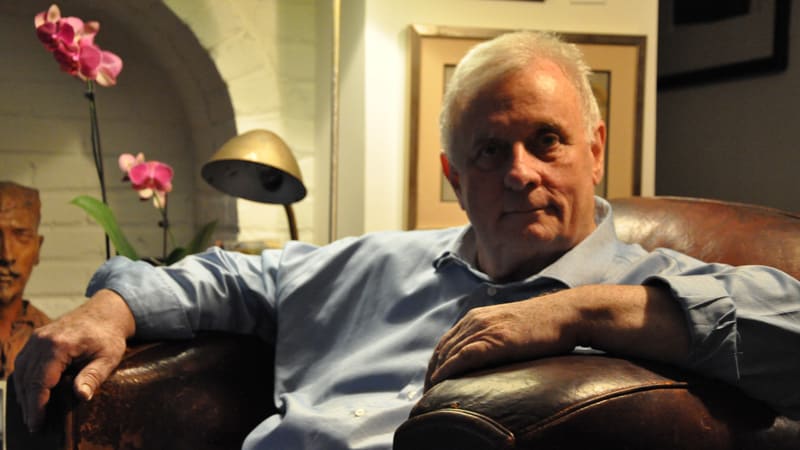 Iconic gay author Edmund White tackles a wide variety of issues in a new interview with Gawker’s Rich Juzwiak, covering everything from his new novel (Our Young Man) to his experiences hooking up at 76. 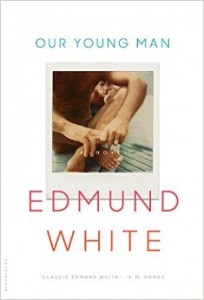 Juzwiak describes White’s latest novel as a “‘meditation’ on youth and beauty”:

Set largely during the early ‘80s in New York City, it follows Guy, a successful model who’s approaching 40 but finds himself routinely mistaken for someone 15 years younger. Guy flits through the city amassing lovers and property (often paid for by the older lovers), taking jobs, and breaking hearts.

Said White of the inspiration behind the book,

I partly wrote this book because I had a heart attack two years ago. I was in the hospital for 40 days, and I’m just gulletted like a trout, and it was also gloomy being in the hospital that long, so I thought, “Oh, I’ll just write something about beautiful people having fun.” It obviously couldn’t just be that, but I thought I would tap into a bigger, brighter world, you know? It sort of cheered me up, at least.

While talking about a character in the book who worries obsessively about the size of his penis, White and Juzwiak got to talking about “the politics of dick size.” White told Juzwiak,

I probably made too much out of [the character’s] dick size [in Our Young Man], but I had a really good friend who was literally a billionaire, but he was quite tiny. He moved out to L.A. from here, he was a rich Texan who had to spend like a million dollars a month to keep his taxman happy. Anyway, he bought a glamorous, beautiful house and he teamed up with this beautiful blonde, and they got married. They were the first gay people that I ever knew that got married, like in the early ‘80s. I said, “Well Duke, why did you marry him?” He said, “Well, he’s the first person who ever let me fuck him. Because I’m so small, everybody always assumed that I’m a bottom, and he’s so gorgeous, and it was great to be a top to him.” They had a messy ending because Duke got AIDS and the lover sued him. It was kind of like a Liberace deal. Anyway, that whole idea of…I don’t know, I guess, some of the sexual possibilities…in Kevin’s case it’s that he’s so proud to be the top and he’s never been allowed to be with other people or wouldn’t be. I was playing with the politics of dick size, which I think is a real subject.

While discussing twinks (a category of gay men White says he is not into but still finds “pretty”), White brought up the problem that sexual roles can have for gay men. Referring to a young twink-y model he met, White said,

[This boy] was talking about how he’s a bottom but that he always falls in love with other bottoms. I think that oftentimes happens, that maybe in sex if you’re a bottom, you look for a top. But in affairs oftentimes, I think bottoms get together. Partly because there are more of them, but also because they’re sweeter.

On dating and hooking up at 76, he commented,

Since I’m old, I can go on SilverDaddies and find young guys who like old men….You have to have a huge population of millions of people to find the handful of guys who are cute and young and who like old men. There are some, but it takes a very specialized scanning device to find them. I think in that way, hook-up apps are useful for people who are sort of marginal like me.

It can be a curse, this looksism, let’s say. I’ve been in gay group therapies, where maybe it took the whole weekend for the group therapy, marathon group therapy, and by the end of it, you really are terribly fond of all the people and they seem quite sexy to you, even though they might be ugly. Because you know their story.

You can read more excerpts from Juzwiak’s interview with White HERE.

And listen to the interview, which also turns to PrEP, STDs, HIV, Larry Kramer, and more, below.

Previous Post: « ‘Grace and Frankie’ Get Frisky in New Trailer for Season 2 – WATCH
Next Post: L.A. Man Reportedly Killed for Being Gay Had Violent Past with Ex-Boyfriend »