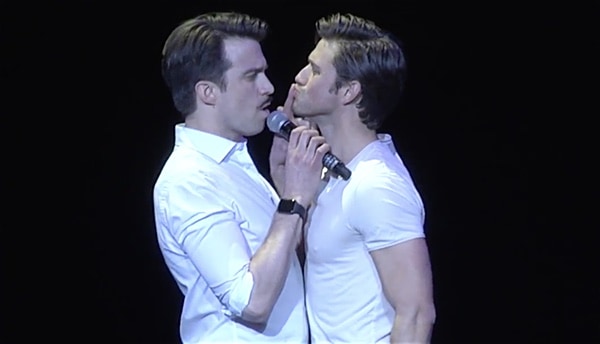 Gavin Creel and Aaron Tveit took the parts of Maureen and Joanne in a performance of “Take Me of Leave Me” from Rent which took place at the MCC Theater’s Miscast benefit on April 4 at the Lucille Lortel Theater in NYC’s West Village.

The annual benefit, in which Broadway’s stars perform songs from roles in which they would never be cast helps MCC Theater produce Off-Broadway shows and supports its Youth Company and in-school partnerships that serve New York City public high school students, as well as their literary development work with emerging playwrights.

Watching Creel and Tveit turn up the sexual tension will make you wish they would be cast in something that would put this chemistry to use.