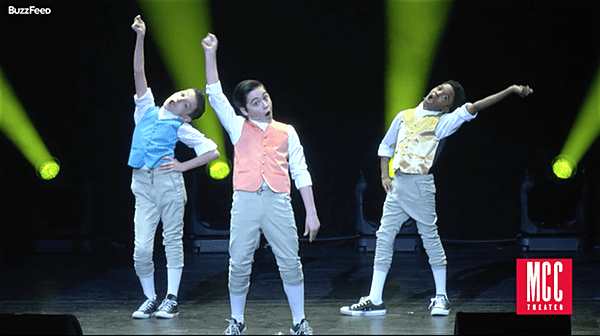 Lin-Manuel Miranda’s revolutionary war musical Hamilton has taken the nation by storm, a fact that was evident at this year’s Miscast Gala.

Presented by MCC Theater, the show features Broadway performers playing roles they would never otherwise get the chance to. As we reported earlier today, this year’s Miscast included a performance of “Take Me Or Leave Me” from Rent by Aaron Tveit and Gavin Creel.

PREVIOUSLY – Gavin Creel and Aaron Tveit Leave Everyone Hoping for a Kiss in ‘Rent’ Performance: WATCH

Another breakout performance of the night was from three young male actors taking on the irrepressible “The Schuyler Sisters” from Hamilton. As BuzzFeed reports, the young actors are “School of Rock’s Luca Padovan, Les Misérables’ Joshua Colley, and Kinky Boots’ Douglas Baldeo” who were helped “with an assist from On Your Feet star Ana Villafañe as Aaron Burr.”

Watch the boys work (and werk) below.