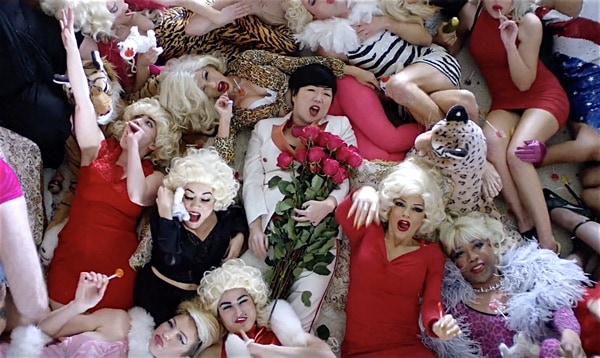 A new album of music by Margaret Cho is about to hit the street. It’s called American Myth and she has just released the first track and video, “Anna Nicole.” The video features dozens of look-alikes of various ages, races, sizes, and genders, and is intended as a tribute and requiem of sorts.

Said Cho: “I am extremely proud to release American Myth. This is an album of anthems and showcases my first efforts as a composer. I made it with my longtime collaborator Garrison Starr and an incredible and inspiring crew of artists. It is my glamorous and glittering tribute to family, comedy, anger, fame, gayness, grief, fat pride, love and hate.”

Of “Anna Nicole”, she says: “It’s my version of ‘Candle in the Wind’, and about the archetype of someone who is too good for this world that exists in all of us.”