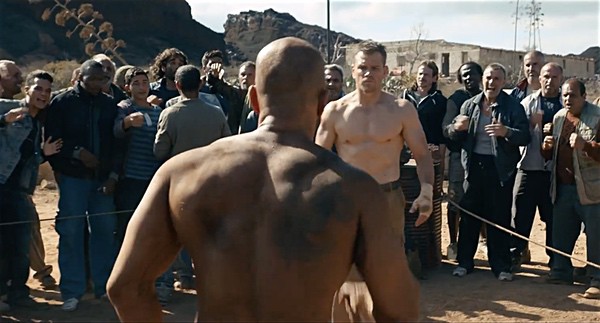 The trailer for the eponymous next installment of the Jason Bourne franchise hit the web today and the testosterone is flowing.

He has an idea for the next one too:

In an interview to mark the release of the full Jason Bourne trailer, Damon told the BBC:

“For the first Bourne movie I was 29 and I thought that was hard work getting into shape. Now I’m 45 and it’s just brutal. We shot this bare-knuckle fighting scene on my 45th birthday and it was a lot of work to get there. I was on a very strict diet and spent a lot of time in the gym just making myself miserable.”

The star joked: “So maybe for the next one Jason Bourne will be fat and happy and old!”