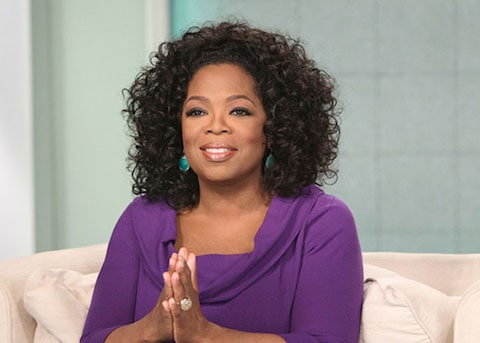 Oprah Winfrey is an icon, full stop. As a woman, as a person of color, as an actress and TV personality, she’s become one of the most influential people in the history of popular culture. It would take volumes to describe her personal accomplishments, so today we’ll focus on the eponymous talk show that catapulted her to fame.

Throughout its legendary 25 seasons, The Oprah Winfrey Show tackled a wide variety of topics, creating a platform to discuss women’s issues, stories of sexual violence and race. Sure, people remember giving away cars, Tom Cruise jumping on a couch and the wagon full of fat, but the show brought real, important issues into the living rooms of American homes.

The Queen of All Media dedicated more than 120 episodes to LGBTQ issues, creating some of the most powerful artifacts of America’s understanding of the LGBTQ experience. Through a mix of revealing celebrity interviews and stories of everyday people, The Oprah Winfrey Show became a powerful lever in shifting perceptions about LGBTQ people.

Take a look back with a few of our favorite clips below.

Oprah’s studio is no stranger to gay-friendly performances, including appearances from Lady Gaga, a high school choir performing “Vogue,” Barbra Streisand, the cast of Glee and others. However, the most memorable may well be Liberace in 1986, six weeks before his death. It was his last interview.

In the second season of The Oprah Winfrey Show, Oprah visited Williamson, West Virginia, where a man with AIDS, Mike Sisco, was facing extreme prejudice after swimming in a public pool. “They kind of ran like in those science-fiction movies where Godzilla walks into the street,” Sisco said. At the height of AIDS hysteria, Oprah hosted a town hall that spotlighted how easily ignorance could transform into cruelty. Although it’s difficult today to hear some of the hateful comments from the community members at the time, it was an example of the discrimination faced by the gay and HIV/AIDS community. Oprah returned to Williamson in 2010 where many in the community expressed regret for the things they said and the way they treated Sisco.

From Ellen to Ricky Martin and many more, Oprah has provided an opportunity for lots of out celebrities to share their stories. Olympic diver Greg Louganis famously spoke about being both gay and HIV-positive on the show in 1995. During her last season, she invited Louganis back on the show to meet a fan he inspired to come out of the closet when he first appeared on the show.

Oprah also introduced a slew of topics into the cultural conversation, including an episode dedicated to LGBTQ issues around the world featuring an openly-gay Indian prince. When it comes to LGBTQ issues, the show could veer into a bit of TV sensationalism. She’s famously brought “down low” culture to the mainstream and she did multiple segments on opposite-gender spouses that both came out of the closet.

One of the most powerful episodes of The Oprah Winfrey Show focused on the devastating 2004 Asian Tsunami. Interior designer Nate Berkus had become a household name thanks to his previous appearances on the show. Berkus tragically lost his partner Fernando in the disaster, and Oprah’s army of fans reached out en masse. Berkus appeared on the show and shared his story, reliving the heartbreak and, in doing so, created such a deeply affecting display of love that undoubtedly impacted the way many viewers felt about same-sex relationships.

What is your favorite memory from The Oprah Show?