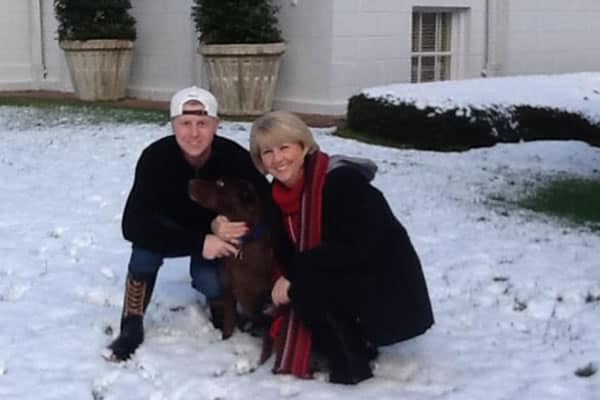 Mississippi Governor Phil Bryant’s son Patrick, who works as an interior designer in Austin, Texas, moved there shortly after he was the victim of an alleged anti-gay attack in 2012, news of which threatened to disrupt his father’s political career, according to a report in the Washington Blade.

A source who claims to know Patrick Bryant from when they were students at the University of Southern Mississippi told the Washington Blade last week during a telephone interview from Jackson, the state capital, that the incident took place at a bar in Hattiesburg after the governor took office in 2012.

The source said that Patrick Bryant — who was a student at the University of Southern Mississippi at the time — went to the bar with a group of other gay men. The source told the Blade that it is “an open secret” that the governor’s son is gay.

“He was intoxicated and someone asked him if he was, ‘Phil Bryant’s faggot gay son,’” said the source who asked the Blade not to publish their name for fear of retribution from the governor, recalling the alleged incident. “Obviously people took offense to it.”

The Blade‘s source told the paper that news of the attack threatened to disrupt Bryant’s political career, so Patrick went away.

“He (Phil Bryant) knew that if Patrick stayed, he knew eventually everyone would realize Patrick’s gay and it would come out during an election and someone would try to use it against him politically,” said the source.

The Blade reached the Hattiesburg Police Department on Monday. The officer who answered the phone did not follow-up with information about the alleged attack.

Bryant, earlier this month, signed into law the “Religious Freedom Restoration Act”, which has been dubbed the most anti-gay “religious freedom” bill of its kind in the nation.

The state’s new law discriminates against LGBTQ people in a number of different contexts by giving individuals, religious associations and private entities the right to use their religious beliefs as an excuse to “shut the door” on anyone they choose–who might also include unmarried people raising children, unmarried people having sex, and others. This could lead to discrimination at the workplace, at schools, in health care settings, and in public spaces such as stores, hotels or eateries.

Mississippi has the highest proportion of same-sex couples raising children in our nation at 26%. It has one of the highest percentages of Black same sex couples. And Mississippi has the highest number of poor people in the country — many of whom are LGBTQ. These folks already face discrimination and racism. With this law they are going to face more. This is what makes Bryant’s action so despicable. Make no mistake it was knowingly designed to have the biggest negative impact on the most vulnerable.

We the undersigned support the National LGBTQ Task Force’s call for you, Governor Phil Bryant of Mississippi, to resign immediately. By signing a law to legalize discrimination against LGBTQ people in Mississippi; by manipulating faith and cherished constitutional rights; by knowingly attacking some of the most vulnerable in the LGBTQ community; by also knowingly attacking unmarried people raising children and many others; you have lost the moral authority to govern.  Do the decent thing and resign immediately.

(photo public domain Office of the First Lady of Mississippi)