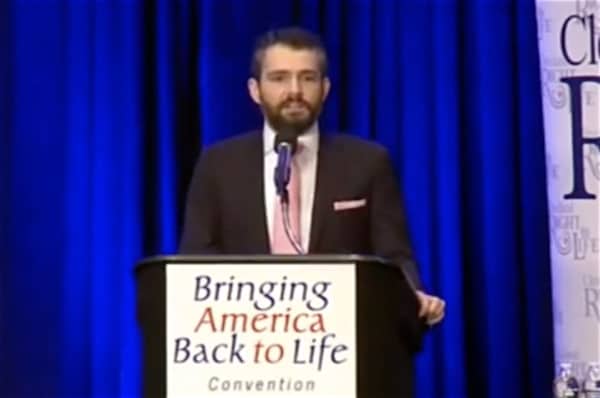 Heritage Foundation Fellow Ryan Anderson, a popular voice on the conservative circuit, has come up with a guffaw-worthy theory about how to avoid allowing gay people to marry – just show them they’re loved by inviting them to Thanksgiving instead.

The laughable speech was posted by Right Wing Watch:

“The question is going to be, if we’re not in favor of same-sex marriage, what are we in favor of for people with same-sex attractions and how are we helping them live out their vocations?” he asked.

He noted the work of groups like Courage, the Catholic organization that counsels gay people to remain chaste, but said that individuals also have a role to play.

“There’s a universal human desire for friendship, for companionship,” he said. “We all have a need for relationships that matter. So when Thanksgiving comes around, when Christmas comes around, are you inviting a same-sex attracted colleague or friend or member of your church who isn’t married and doesn’t have a family of his or her own, are you inviting them into your family to share Thanksgiving dinner or Christmas dinner? Are you having them be big brother or big sister, godfather or godmother to your children if they’re not going to be married and have children of their own? Are there ways in which we can show that there are other forms of community that matter, that are important, that are meaningful, without having to redefine marriage?”

Referring to the last lines of Justice Anthony Kennedy’s opinion in the Obergefell marriage equality case, Anderson said, “This is now an opportunity for people who believe the truth about marriage to show that Justice Kennedy is wrong, that we can meet people’s real needs without redefining what marriage is.”