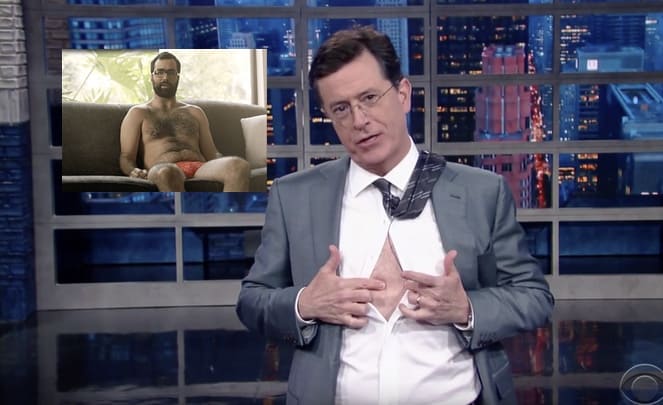 Stephen Colbert took notice of the lame and offensive joke perpetrated upon the world by American Eagle, who took back its body-positive underwear campaign on April Fool’s Day in a shocking display of tone-deaf marketing.

Colbert said the campaign finally made him feel great about his body:

“I felt good. I felt valuable. I felt desirable. Until I found out the Aerie Man campaign was just an April Fool’s joke. Yeah. American Eagle explained that the ad was all in good fun to parody body-positive marketing.”

Then he was left with the bitter message:

“Not only was this a cruel joke. They didn’t even post the video on April 1. They posted it on March 23. You can’t do April Fools whenever you want to!”