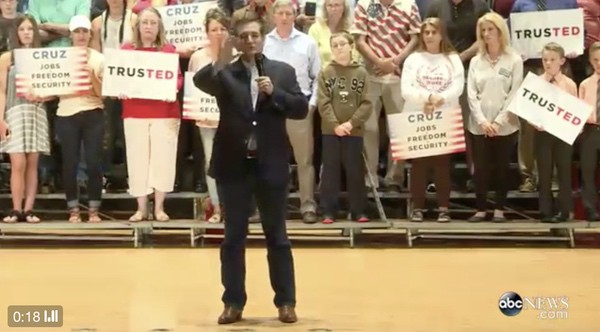 “Let me make this real, real simple for our folks in the media who find this conversation very confusing. If Donald Trump dresses up as Hillary Clinton, he still can’t go to the girls bathroom.”

Cruz made the remarks at a Lebanon, Indiana campaign stop and added an apology to his supporters “for giving them the image of ‘Donald in a bright blue pantsuit.'” ABC News reports. “But let me just say to Jimmy Fallon and ‘The Tonight Show,’ please give us that image.”

WATCH: @tedcruz: "If Donald Trump dresses up as Hillary Clinton, he still can't go to the girl's bathroom."https://t.co/RYB8iZlVDN