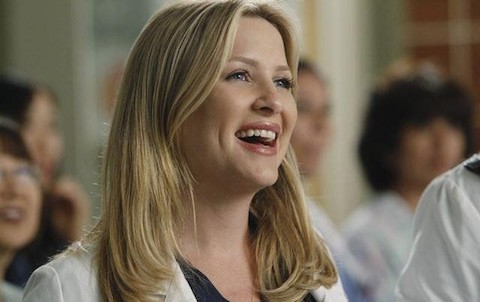 — Diagnosis drama on two back-to-back episodes of Grey’s Anatomy Thursday at 8 p.m. Eastern on ABC. The spotlight is on lesbian surgeon Arizona Robbins as she is faced with a major decision that could have major repercussions for her relationship with her ex-wife, Callie.

— Look, I’d tune in to see WWE’s John Cena eat a sandwich or read a newspaper or any other mundane task. The bohunk leaves his jorts and snapbacks behind as the host of American Grit, a military-inspired reality contest. Report for duty Thursday at 9 p.m. Eastern on Fox.

— Tatiana Maslany’s masterclass in character work Orphan Black is back for a new season Thursday at 10 p.m. Eastern on BBC America.

— Our current presidential race may lend credence to the old adage “Truth is stranger than fiction,” but at least on Veep the fiction is funny. The star of TV’s most inventively foul-mouthed comedy returns to her old stomping ground as host of SNL Saturday at 11:30 p.m. Eastern at NBC. She’s joined by the oft-shirtless Nick Jonas as musical guest. Check out his new video, above.