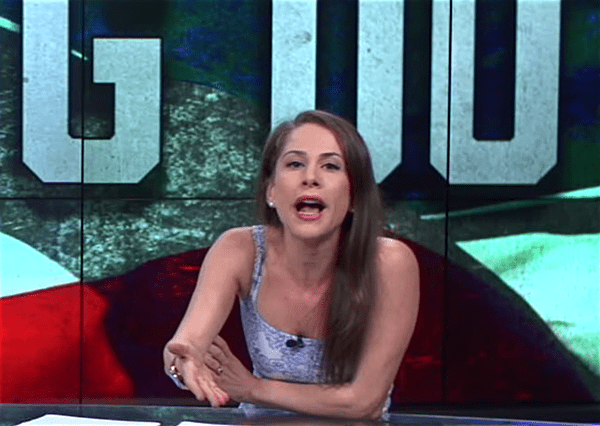 In a segment with the show’s creator Cenk Uygur, Kasparian offers a thorough explanation of just why HB 1523 is so heinous. She then turns to the subject of anti-gay business owners who refuse services to gay couples. Says Kasparian,

“Religious business owners in the state would rather lose out on business because they’re so hateful toward a specific group of people. Think about that for a second. Just bake the f*cking cake and shut the f*ck up. Seriously, why is it such a big deal? What’s gonna happen? Do you think that as you’re in the process of blending your ingredients, you might think about touching some other man’s d*ck? What goes through their minds? Just get over it. No one’s forcing you to have anal sex. No one’s even forcing you to think about it. You’re just thinking about it constantly and trying to legislate it.”

Watch Kasparian perfectly eviscerate bigots in The Magnolia State, below. Her