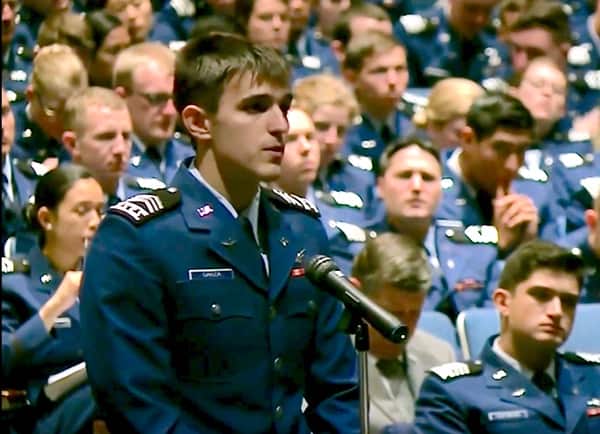 A cadet at the Air Force Academy in Colorado questioned Defense Secretary Ash Carter last week about the military’s plan to allow transgender people to serve openly and how the military planned to educate those who are ignorant about trans people.

Carter responded that the matter is “complicated.”

The question brought renewed attention to the length of time it is taking to make the proposed changes.

Aaron Belkin, director of the San Francisco-based Palm Center, echoed on Friday in response to Carter’s remarks frustration he already expressed over the pace of review of the trans ban, which was ordered nearly a year ago in July. “The notion that ending discrimination is ‘complicated’ is belied by all the evidence,” Belkin said.

“This includes research commissioned and reviewed by the Pentagon itself, which has found that implementing inclusive policy is straightforward.”

Officials say disagreements remain in the Defense Department about how to move forward, suggesting that the Pentagon isn’t close to wrapping up the review, let alone instituting any changes.

Peter Levine, who recently took over as the Pentagon’s acting personnel chief, said that Carter remains committed to pursuing the change, but added that it will likely take “months, but not large numbers of months” more to finalize details.

“If there was consensus on it, yeah, we would have done it,” Levine said. “But obviously there are different views from different officials in the services.”

He added: “We’re going to work through that . . . and we’re going to do it expeditiously so that we can do it in this administration. But it’s important that we not only do it, but do it right.”

Previous Post: « John Oliver Explains Why Calling 911 Might Not Save Your Life – WATCH
Next Post: Meet the Terrifying Right-Wing Legal Group Behind Anti-LGBT Laws in the U.S. – WATCH »