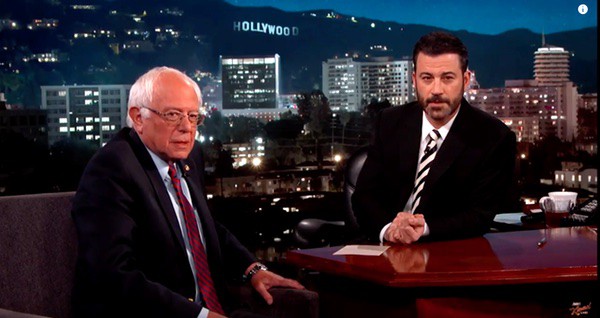 Of that match-up, Sanders said: “The goal would be to have it in some big stadium here in California.”

Sanders also complained about Hillary Clinton’s decision not to debate him in California, setting Kimmel up to play a clip for Sanders of Clinton declaring herself the nominee.

“Just a tinge of arrogance there, I think,” said Sanders, arguing that the states of Indiana, Oregon, and West Virginia don’t agree with her assessment. “I kind of think on June 7th, the people of California will have a message for Secretary Clinton: Don’t count your chickens.”