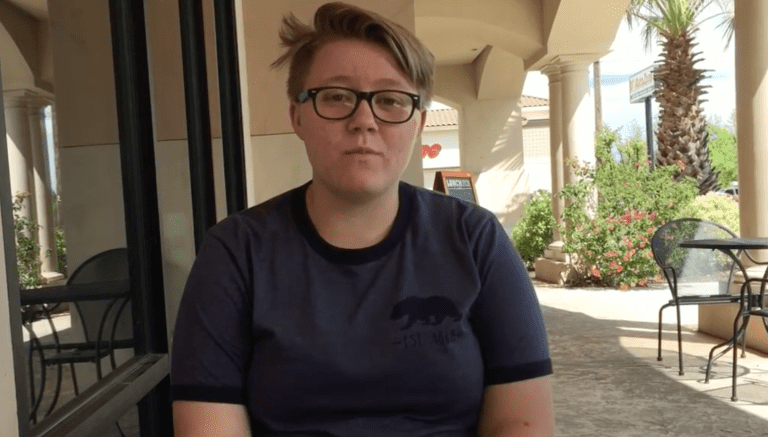 Under the threat of legal action from the ACLU of Northern California, a school district in Redding has agreed to allow a lesbian couple to run for prom king and queen.

Last week, Haley Lack (above) and her girlfriend alleged that Foothill High School had blocked their nominations. Foothill High Principal Jim Bartow told media outlets that allowing two girls to run for king and queen would amount to sex discrimination in violation of federal law.

“This was a decision made to promote gender equality, not heterosexuality,” Bartow said. “Having two prom queens would be unfair to the boys. It’s got to be equal for both genders, and that’s what it’s all about.”

With the prom set for Saturday, the ACLU sent a letter to the district this week demanding an immediate response, saying the school’s decision violated the couple’s right to free expression, and constituted to illegal discrimination based on sexual orientation.

In a letter dated Tuesday, attorneys for the Shasta Independent School District accused the ACLU of misrepresenting the procedure for selecting prom royalty at Foothill High School. But they also suggested that Bartow misspoke:

“Nominations for prom royalty are submitted by students on an individual basis. It may be the case that people who are nominated are also a couple, however that is not a prerequisite to being nominated. If an individual receives enough votes, they will be a candidate for the prom royalty position, regardless of their gender or the gender of their prom date. The candidates are then selected by vote on prom night by students placing a marble in the jar of the candidate they wish to select. The individual candidates with the most marbles in their jar wins. Each position is voted on in an individual capacity and not as part of a couple, group or pair. This selection process does not discriminate or classify students on the basis of their gender or sexual orientation, but instead provides a neutral method to select a prom king and a prom queen.

“It is our understanding that student, Haley Lack received enough votes to be considered a candidate for prom royalty, and will be a candidate for that title on prom night, along with five other students. We are unaware of any school policy or other facts to indicate that Ms. Lack and her date are being denied their right to attend the FHS prom as a couple or that FHS is denying Ms. Lack her nomination for prom king.

“Any statements made that suggest the exclusion of Ms. Lack from being a candidate for prom king due to her gender are contrary to district policy and are not reflective of what the Superintendent has directed to happen.”

Irene Rojas-Carroll, a spokeswoman for the ACLU, said it remains unclear whether Lack’s girlfriend is among the other candidates.

“The school hasn’t said yet whether she is nominated, but if students voted for the couple together, that’s what we expect to see,” she said.