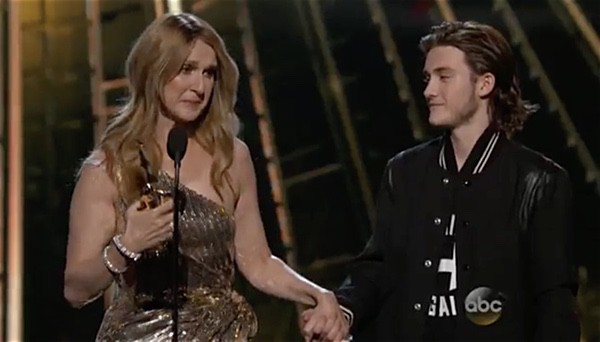 Celine Dion received the Icon Award at last night’s Billboard Music Awards in Las Vegas after delivering a powerful performance of her new single, the Queen classic “The Show Must Go On” which took on special poignancy following the deaths of her husband Rene Angelil and brother in January this year.

Dion’s son Rene Charles was a surprise presenter of the award which gave the moment an added emotional heft.

Watch the performance and acceptance speech: