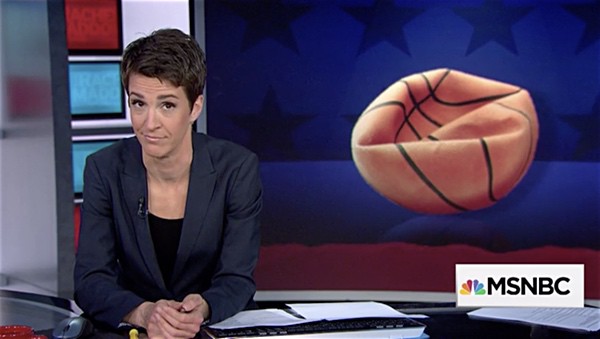 Rachel Maddow last night looked at Bernie Sanders’ continued insistence that there will be a contested Democratic convention while Hillary Clinton has moved on and is campaigning in Ohio tomorrow even though the primary is done there – “she’s busy trying to campaign already in general campaign swing states.”

The Clinton campaign has been downplaying expectations in Indiana, according to Maddow.

“The implications of that strategy are getting more and more stark…The real radicalism of what Senator Sanders is proposing for how this campaign is going to end…And the Sanders campaign is increasingly insistent on this point now – there had been a little confusion…but now the candidate himself has made it clear in increasingly insistent terms, that what they are going to do is fight to win that nomination – at the convention – in Philadelphia – in July – no matter how far ahead Hillary Clinton is. And they are increasingly insistent about it but it is honestly fantastical – which is not the same thing as fantastic…But barring a wholesale shift in the race – like an earth-shattering shift in the race, Secretary Clinton’s lead by any fair measure should be seen as insurmountable at this point.”

Adds Maddow: “Please send your hate mail to Rachel at MSNBC.com. Your accusations and swear words do hurt my feelings, but they also make me stronger.”