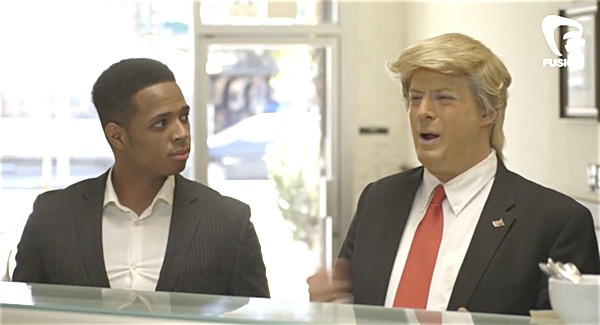 Tonight, Fusion is airing Trump vs. Bernie: Shout the Vote, the second part in a two-part comedy series, and they offer up a preview in the form of this sketch featuring Troy Walker as Don Lemon and Anthony Atamanuik as Donald Trump.

Trump is upset that Bernie Sanders has his own ice cream flavor, and a bewildered ice cream worker is forced to field Trump’s racist and xenophobic requests. Find out what Fusion’s Trump has to say about neapolitan ice cream and jimmies and the name Melania gives his junk.