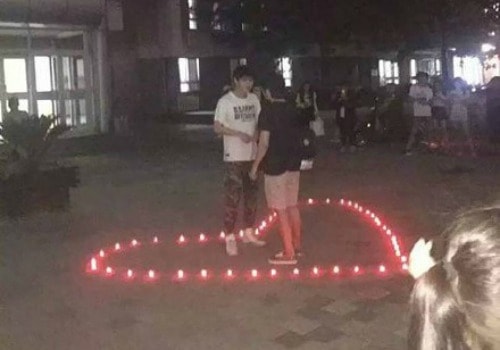 Two brave college students in China declared their love for one another, then kissed, in a public demonstration on campus last week.

Photos posted on Sina Weibo, the popular Chinese social media site, show the men standing inside an illuminated heart on the campus of Beijing Renmin University.

“I will be with you, not to play basketball, but to kiss you,” one of the students told the other, according to WhatsOnWeibo.com, which reports that the exchange drew mixed reactions on the site:

[O]ne person wrote: “I cannot help it – won’t mankind perish if everyone’s gay? In my opinion, gay people should go and see a psychiatrist.” Another person says: “They are a disgrace to the university and when their parents see this, they’ll faint.”

But many people also send the new couple their blessings: “Love goes beyond gender, bless you!” Some people also worry what the consequences of this public event might be for the two young men: “I wonder how Renmin University will respond to this. If these students get expelled, I would really lose hope in Chinese universities.”

The United Nations Development Program recently found that only 5 percent of gay people in China have come out to anyone except family members, due to fear of discrimination. Voice of America reported on the UNDP’s survey of 30,000 people:

In China, relatives often pressure LGBTI people to undergo electric shock “conversion therapies,” under the mistaken belief that such “treatment” might make them “straight.” Therapies also include painful and expensive surgeries or a series of injections that leave patients weak and disoriented. …

But there is hope for LGBTI people. Younger Chinese take a more liberal approach and largely accept the fact of gender diversity, the UNDP survey suggested.

“The younger the respondents, the higher the proportion of those opposed to the pathological view of homosexuality, stereotype-based prejudices, gender binary ideas and even HIV-related stigma,” it said. 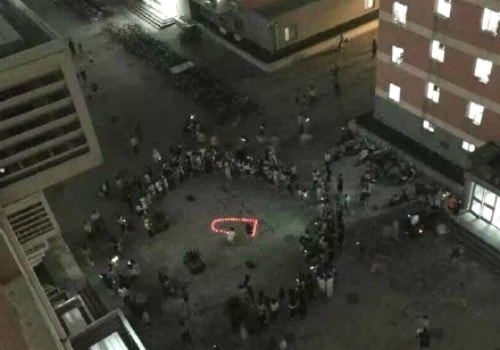