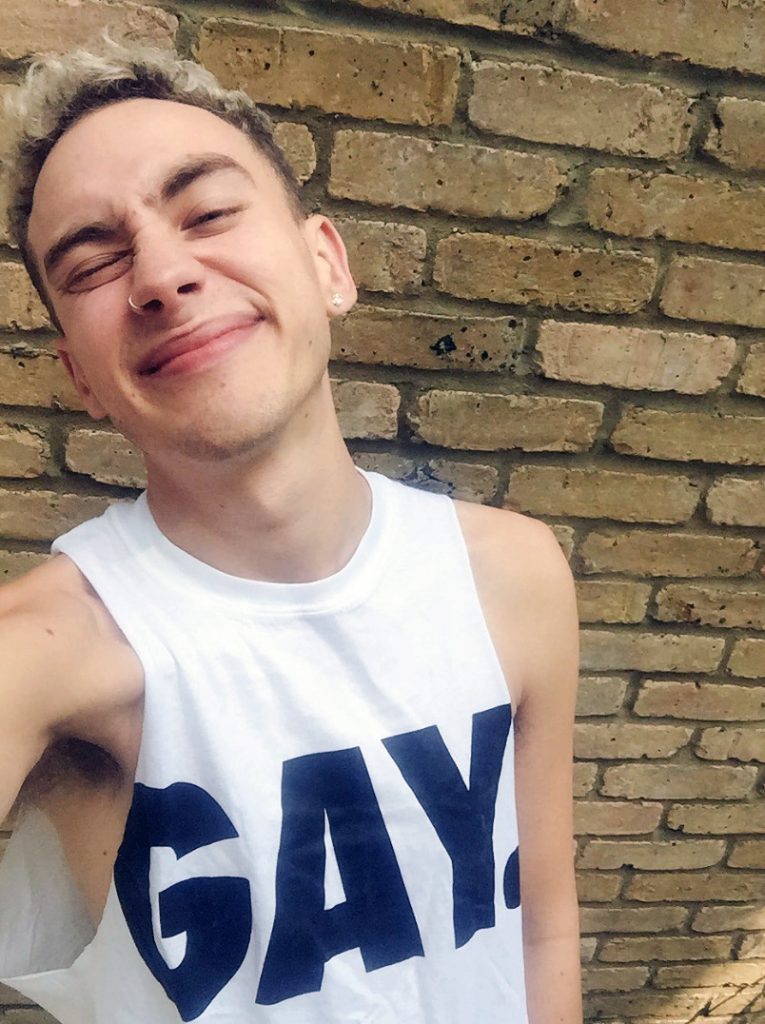 Olly Alexander, openly gay frontman of British electropop group Years & Years questioned the labeling of the group’s music as “GAY” music by a store in Germany.

The 25-year-old singer and keyboard player retweeted a photo taken by a fan, which showed his album in the ‘GAY’ section of a music shop, and didn’t seem too thrilled about it: “um ok let’s talk about this,” he added, and the hashtag #gaymusic started trending.

Even though he loves “being gay,” he questioned the store’s classification: “can u really label a sound or style of music ‘gay,'” he asked.

A few minutes later, the singer tweeted that “being gay is the best!” and the jokes started happening.

I love saying I love being gay

.@alexander_olly but is your song gonna be a top or a bottom?

If you need a refresher, Years & Years’  songs King and Shine reached #1 and #2 on the UK Singles Chart, respectively.