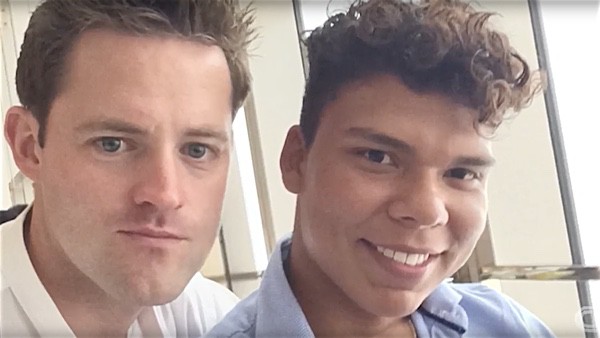 In a special report on the dangers of “chemsex,” CNN looks at the case of British lawyer Henry Hendron and Miguel Jimenez, an 18-year-old waiter from Colombia, who OD’ed while partying with Hendron on a deadly combination of alcohol, GHB and mephedrone (aka meow meow).

Hendron pleaded guilty in March to “to two counts of possession with intent to supply mephedrone and GBL” and was sentenced last week “to carry out 140 hours of unpaid work, at London’s Central Criminal Court.”

Hendron says his teenage boyfriend took the drugs after dinner, with plenty of wine, at the home they shared in Temple — an area of central London popular with lawyers, and across the road from the Royal Courts of Justice.

A high-profile barrister who has represented MPs, aristocrats and reality TV stars, Hendron was working the next day, and so didn’t take any drugs the night Jimenez died.

His partner’s death turned the successful lawyer’s world upside down — “it was the other side of the coin,” he said.

“I’d gone from a situation of having everything — professionally, socially, financially — to losing the love of your life, losing your career, and where there is no future. Or there is no certain future,” he told CNN ahead of his sentencing on May 9.

Hendron says Jimenez’s mother blamed him at first but they now visit Jiminez’s grave in Colombia once a month.

“In the beginning she rightly blamed me and couldn’t speak to me…We are each other’s rock of support for what has been a nightmare over the last 14 months…I was the older one who should have known better. I was the one that funded those drugs. I should have been the one to say stop. And you know, it’s me that’s taken away my happiness. And he was a core pillar of my happiness. I feel totally responsible.”