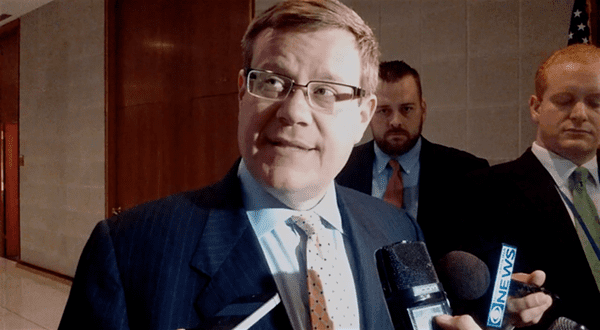 Republican leaders in North Carolina’s legislature say that will defy an order from the federal government requiring that HB 2 be overturned by Monday.

As we reported yesterday, the Department of Justice wrote to North Carolina yesterday declaring that HB 2 violated the Civil Rights Act and Title IX. The DOJ warned that if North Carolina did not comply with its order by Monday, the state risks losing hundreds of millions of dollars in federal funding.

Earlier on Thursday, North Carolina Governor Pat McCrory expressed anger over the order and suggested he was ready and willing to defy the federal government (shocker). But now, the Republican Speaker of the State House has said flat out the order will be ignored.

“We will take no action by Monday,” [House Speaker Tim] Moore told reporters Thursday. “That deadline will come and go. We don’t ever want to lose any money, but we’re not going to get bullied by the Obama administration to take action prior to Monday’s date. That’s not how this works.”

White House press secretary Josh Earnest distanced Obama from the order in his press briefing Thursday afternoon. “These kinds of enforcement actions are made independent of any sort of political interference or direction from the White House,” Earnest said. “Those are decisions that are made entirely by attorneys at the Department of Justice.”

Democrats in the legislature said the Department of Justice order gives lawmakers plenty of time and should be addressed now.

“HB2 became law in less than 12 hours,” Rep. Cecil Brockman, a High Point Democrat, said in a tweet. “Five days should be more than enough time to decide how to clean up after it.”

In his angry objection to the DOJ getting involved, Moore, like many Republican lawmakers, demonstrated a lack of knowledge about how government actually works, all while protesting that he does in fact know how government works. The jokes write themselves. Said Moore:

“They [the federal government] can’t just – through an administrative action by the attorney general’s office – issue a decree that has the force and effect of law over this state,” he said. “That’s not how this works. What they would have to do is initiate litigation at that point.”

Senate leader Phil Berger said he doesn’t believe the DOJ has “the legal right” to block HB 2. According to The Charlotte Observer, “He says North Carolina residents should be frustrated’ by the order.”

Watch a press conference with Moore, below.