'I Am A Man' Brings One Gay Vlogger's Insecurities Into The Open: WATCH - Towleroad Gay News 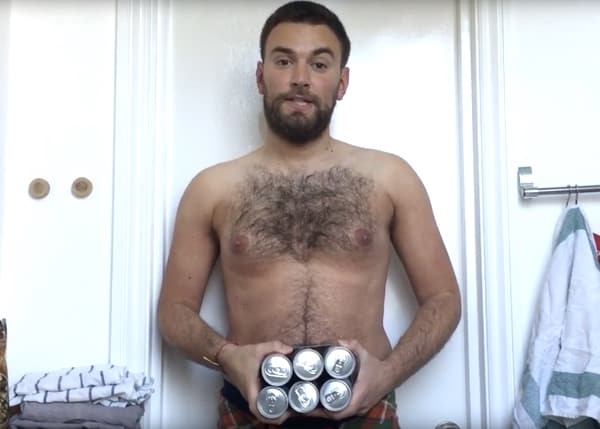 Jonny Benjamin is a UK vlogger who is bringing mental health issues to YouTube by documenting his own recovery.

“I want to break the silence and remove the stigma attached to mental illness, as well as giving hope to those who are suffering that it does get better.”

Benjamin recently posted a brave and revealing video about masculinity in which he talks about body image, physique, bathroom habits, hair, grooming habits, his sexual orientation, intimacy, insecurity, and his mental health issues.

I am a man…that is hoping to show other men it is ok to be who you really are.

I’ve been doing a lot of work in schools and hearing from other young boys about their insecurities inspired me to make this.

This “macho” society we have where “big boys don’t cry” is taking its toll & the lives of too many men.

I know we can change the fact that 12 men kill themselves each day in the UK. But we have to work together and change the message that men are being given to “man up and get on with it”.

I have made this video in support of CALM, the UK’s only male suicide prevention charity:
https://www.thecalmzone.net/

Benjamin’s video is receiving heaps of praise from YouTube commenters, many of whom are asking him for dates.