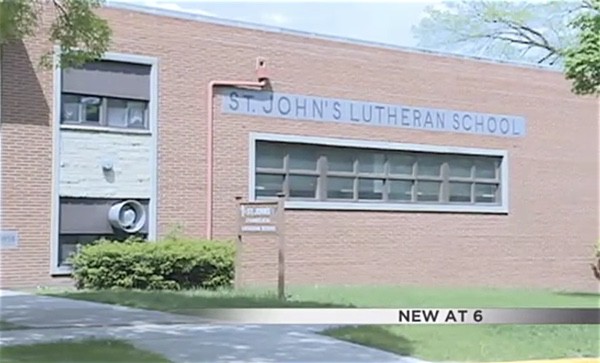 A Lutheran school in Wisconsin which receives federal funding is under investigation for a handbook it distributes warning students that they’ll be disciplined or dismissed for being gay or transgender, The Oregonian reports:

St. John’s Lutheran School in Baraboo, Wisconsin, sent the revised document to parents, which states that “although we do not have the right to refuse admittance to people choosing an outwardly sinful lifestyle, we do maintain the right to discipline and dismiss students for these choices.”

Because the school receives taxpayer money for its free and reduced lunch program, disciplining students for their sexual orientation or gender identity is prohibited under Title IX.

The new handbook also instructed parents to present a child’s birth certificate prior to enrollment.

FFRF also says this is likely not an isolated incident, but it’s hard to prove discrimination in parochial institutions.

“That’s one of the issues that schools aren’t necessarily broadcasting their admissions policies or discriminatory practices, I think in Wisconsin, it’s something to be concerned about,” Elliott said.

The Wisconsin Evangelical Lutheran Synod, the governing body for St. John’s says they have not received any notice of a complaint from the government.

Previous Post: « Robbie Rogers Plans to Let His Gay Glitter Fly at the World Cup in Russia: WATCH
Next Post: Dave Franco Gets Engaged to His Boyfriend in New Clip from ‘Neighbors 2’ – WATCH »