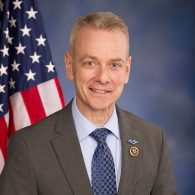 The anti-LGBT provision, offered as an amendment by Rep. Steve Russell (R-OK) in the House Armed Services Committee, would allow, under the guise of religious liberty, sweeping anti-LGBT discrimination in all federal agencies, not just the Department of Defense. The provision jeopardizes President Obama’s executive order prohibiting LGBT discrimination in federal contracting, and could have far-reaching consequences, potentially even undermining existing federal nondiscrimination provisions protecting workers against discrimination on the basis of race, religion, sex, pregnancy, sexual orientation, gender identity, and more.

A last-ditch effort by House Democrats to strip the amendment failed along nearly party lines on a procedural vote. Representative Sean Patrick Maloney (D-NY) spoke on the floor against the Russell Amendment. “The anti-LGBT provision in NDAA is not about supporting our troops, defeating ISIS, or protecting religious liberty – it’s about bigotry, plain and simple,” said Rep. Maloney. “We had an opportunity to strike this anti-LGBT language and in doing so, strike a blow for equality, but unfortunately many of our colleagues chose to strip LGBT Americans of basic workplace protections, saying it is once again legal for our LGBT brothers and sisters to be fired because of who they are, and who they love – this is wrong.  I am incredibly disappointed in many of my colleagues refusal to take a stand against discrimination and strike the hate.”

The Senate is expected to vote on its own NDAA shortly after which both bills will be combined, approved again, and sent to the President for signature.

The White House has said it opposes the Russell amendment.

Previous Post: « EgyptAir Flight Carrying 66 People from Paris to Cairo Lost Over Mediterranean
Next Post: This Britain’s Got Talent Contestant Can Do Amazing Things with His Pole: WATCH »