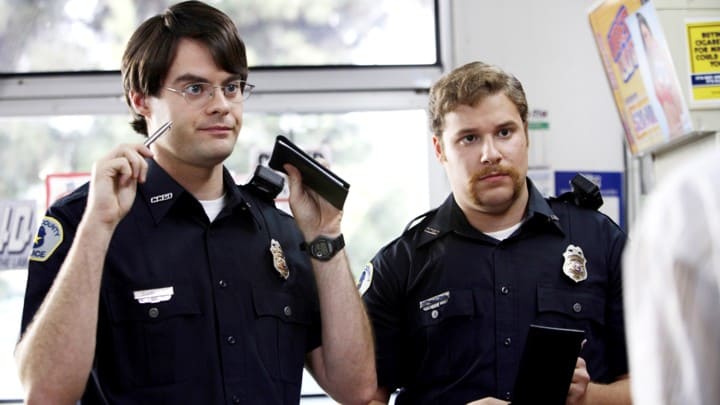 Seth Rogen says that “under the lenses of new eras,” some of the jokes in his 2007 film Superbad border “on blatantly homophobic.”

Speaking with the Guardian during a promotional tour for Neighbors 2: Sorority Rising, Rogen said:

“It’s funny looking at some movies we’ve made in the last 10 years under the lenses of new eras, new social consciousness. There’s for sure some stuff in our earlier movies — and even in our more recent movies — where even like a year later you’re like ‘Eh, maybe that wasn’t the greatest idea.’

“There are probably some jokes in ‘Superbad’ that are bordering on blatantly homophobic at times. They’re all in the voice of high school kids, who do speak like that, but I think we’d also be silly not to acknowledge that we also were, to some degree, glamorizing that type of language in a lot of ways.”

On Neighbours 2: Sorority Rising, Rogen said he attempted to address larger issues such as misogyny. “The Greek system seems a little sexist,” he said. “The sheer fact that the women and the men don’t have equal rights and opportunities I think by definition makes it sexist, so that’s something we talked a lot about while we were making the movie.”

RELATED: Zac Efron Gets Oiled Up in New Clip from ‘Neighbors 2’ – WATCH

Neighbors 2: Sorority Rising opens on May 20.

Watch a mildly diverting trailer for Neighbors 2 and a clip from the not too bad Superbad including some of those homophobic jokes below.