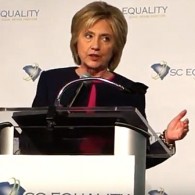 2016 ELECTION. Why certain Hillary supporters may be hiding in plain sight: “If you’ve been following the Democratic presidential contest, you might be wondering how it is possible that Bernie Sanders seems to have all the energy and enthusiasm and, yet, Hillary Clinton is way ahead in the race to the nomination. Lauren Winkler emailed us to offer an answer. ‘I get this feeling that many Hillary supporters (at least the younger ones, like me) are just biding their time to publicly display their support once she has the party’s nomination,’ wrote Winkler. ‘It’s so visceral. The reaction against her,’ she said when we met up with her in Albuquerque, N.M., where she lives. Publicly showing support for Hillary Clinton just isn’t worth the aggravation for Winkler and her friends Leigh Featherstone and Holly Chamberlin.”

TRUMP VS SANDERS. Young Turks’ Cenk Uygur offers $1 million to stage debate: “It would be among the most watched debates in the world,” touted Uygur. “It would be a clash of the titans in terms of ideology from the right and the left without the establishment in the middle.”

UNDERWATER. Microsoft and Facebook to build highest undersea data link ever: “The tech companies will help design the subsea cable which will run between Virginia in the US and Bilbao, Spain. The project will be managed by Spanish telecommunications firm Telefonica, which will sell any unused capacity on the cable to other customers. The cable will help the tech giants move data more quickly and cheaply between their global data centres.” 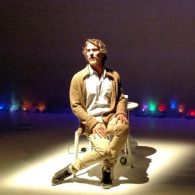 SPERMHOOD. Mike Albo shoots a creative load: “What struck me about the way the show was organized is that rather than simply presenting a linear monologue describing Albo’s experience as a sperm donor, that underlying narrative instead supplies a framework in which to relate his findings of gay single-dom of a certain age, what he calls at various points the “condom generation.” He also touches on themes of the STD-stigmatization of the LGBT community, the pressures of making ends meet as a creative sort, and the implicit contract of obligation that both romantic and parental relationships entail–a contract he had implicitly assumed was not for him.”

LAWSUITS. Justin Bieber and Skrillex sued over vocal loops in “Sorry”. “Justin Bieber and Skrillex are being sued by the indie artist Casey Dienel, according to reports by TMZ. Dienel, who records under the name White Hinterland, claims the duo used one of her vocal loops without permission on their track Sorry. The eight-second snippet in question is used repeatedly through her 2014 song Ring the Bell. Dienel reportedly claims that the “unique characteristics of the female vocal riff” have been copied. According to TMZ, Bieber’s team received warnings not to use the part but ignored them.”

TELEVISION. Homeland Season 6 will focus on post-election NYC: “The entire season will take place between election day and inauguration day. It’s an interesting time; a transition and transfer of power is happening.”