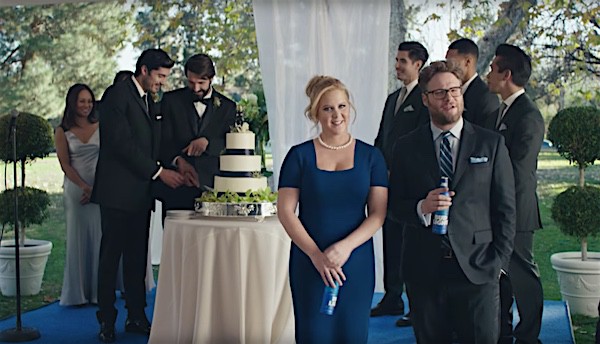 A new ad from Bud Light as part of its brand campaign ‘The Bud Light Party’ features Amy Schumer and Seth Rogen at a gay wedding.

He added: “By featuring Seth and Amy at a same-sex wedding, we’re showing how all weddings—regardless of who is getting married—share many similarities and moments to celebrate. We created this spot because equality for all Americans is a concept that unites many Bud Light drinkers.”