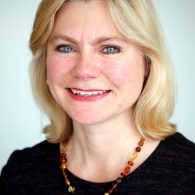 SHE’S GAY. UK Minister Justine Greening comes out: “Justine Greening, the secretary of state for international development, chose Pride to announce that she was in a same-sex relationship, as up to a million people brought much of London to a standstill for the nation’s biggest annual celebration of the LGBT community.”

POST. A quiet campaign is placing gay people and their rights struggle in U.S. history.

PUERTO RICO. Gay Pride March in San Juan remembers Orlando massacre victims: “Activist Pedro Julio Serrano, possibly the best-known face in Puerto Rico’s gay community and the spokesman for Puerto Rico Para Todas, said he was “tremendously saddened” by the recently reported story of the Puerto Rican father who, “out of shame, didn’t want to claim his son’s body” after the massacre. ‘Today we’re marching for the 23 Puerto Rican victims (in) Orlando and for all the rest, for the survivors, for their families, for my community … because our hearts are shattered,’ said Serrano.”

OMAR MATEEN. Still no evidence Orlando shooter was gay: “In an attempt to find an account connected to the killer, the site, Adam4Adam combed through the profile photos of every one of its 300,000 Florida members and researched 20 email addresses used by Mr. Mateen over the years that the company said had been provided by the F.B.I. Adam4Adam came up with nothing.”

VISITING. Gay Cuban choir begins first US tour: “On Saturday, the men are scheduled to begin their first U.S. tour, performing a repertoire of Cuban classics, pop hits and the Estefan song with the Gay Men’s Chorus of Los Angeles. In an era of renewed relations between the U.S. and Cuba, the joint performance would mark another step toward fostering collaboration between the LGBT communities in each country. Both choirs had charted history in their respective countries: GMCLA was founded in 1979 and lost over 150 members during the height of the AIDS epidemic. Mano a Mano was created just two years ago, forging a unique space as one of the only independent gay organizations on the island.”

ANCHORAGE. Altercation with anti-gay protesters mars Alaska PrideFest: “Police estimated about 20 people were involved. They said officers intervened before anybody was hurt. ‘It was reported to police that some pushing and shoving was occurring, and callers were afraid that the altercation was going to escalate,’ a police report said.”

KINDNESS. Lady Gaga and the Dalai Lama had a sitdown. “once a tragic situation happens, not avoid— but look at more deeply, widely. many positive, happy things are there if you look from a wider perspective. if you look real closely, it appears unbearable. but if you look widely, you see other positive things there.”