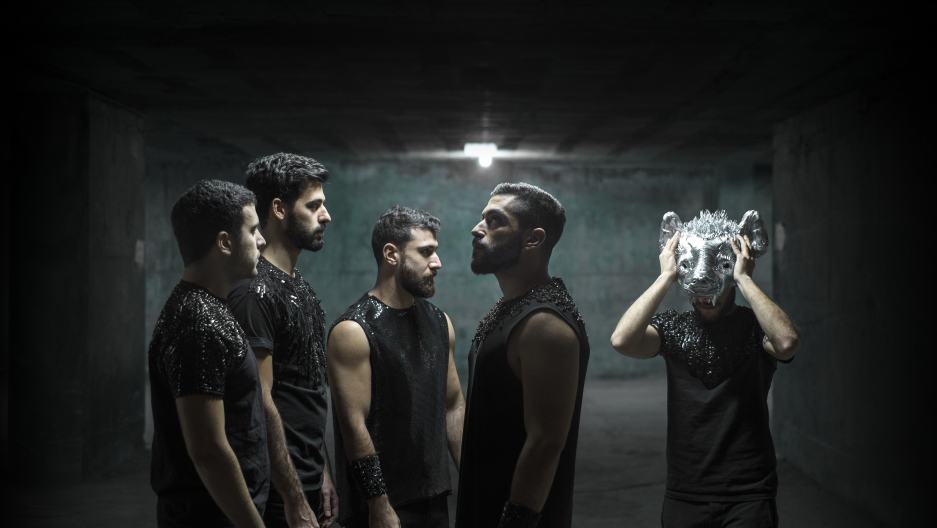 The Pulse nightclub shooting is still reverberating for members of the indie-rock band Mashrou’ Leila.

The gay-friendly band is based in Beirut, and its music explores topics that are taboo in much of the Middle East.

Its lead singer is openly gay.

And the band just happens to be in the middle of its US summer tour.

At a sold-out concert in Washington, DC on Monday, band members spoke to fans about the Orlando shooting.

“We spoke very earnestly about the difficulty for us as a band that has fought and struggled really hard for the things we believe in, in our music and in our lyrics,” says guitarist and keyboardist Firas Abou Fakher. “Being from the Arab world, and being a very LGBTQ-friendly band, we were kind of on both ends of spectrum … and we found ourselves in a state where you know we’re not allowed to belong to either.”

Mashrou’ Leila applauded the bravery of fans who turned out for their show on Monday.

“Having a sold-out show in such circumstances meant so much to us,” Abou Fakher says. “I’m not gonna lie, we’ve had these moments of paranoia … but going and playing the show and having people come to the show is the most powerful act of resistance we still have.”

“In the English language you can refer to something and not decide its gender. In the Arabic language that’s impossible. So that was a song about finding where that line of ambiguity is in lyrics and words of the song to figure out how we can play with it,” Abou Fakher explains.

“In the Middle East there’s this very typical machismo, this thread of thinking that the male, the alpha male, the provider brings food to the table. The woman is a housewife, she’s cooking she’s cleaning,” he says. “This song has completely inverted that and Hamed [the lead singer] is basically saying he wants to be this housewife, this person who’s a caregiver, this is a privilege for him.”

Mashrou’ Leila is scheduled to perform a free concert in downtown Los Angeles on Friday.

Abou Fakher says band members have asked for added security at the event.

Previous Post: « 20 Must-Read Takes on Orlando That Speak to Our Aching Need to Do Something
Next Post: Hear Every 2016 Song of the Summer in One Perfect Mash-Up: WATCH »