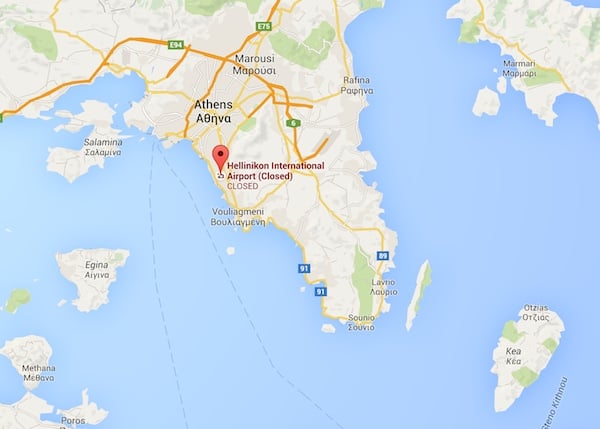 Editor’s note: The names of the sex workers in this story have been changed to protect their safety.

The first time Abdullah had sex for money was just two weeks after he arrived in Athens.

He was living at a disused airport along with thousands of other Afghan migrants. A week after he moved in, some friends took him along with them to the Pedion tou Areos, Athens’ main public park.

Abdullah didn’t like it. “It was a dirty place,” he said. “There were people there using drugs. A lot of strange people.”

Some of those people were older men who would come up and start talking to him. It was then that his friends told him why they came to the park. “They told me, ‘We have sex with these guys, and they pay us.’”

In his birth country Iran, he had slept with both girls and boys, he said, but never with “old men.”

“I got angry,” he said. “I had just arrived, and I had to do this just to get some money.”

But he stayed in the park for several hours, and after being approached by various men, he had sex with one of them in a wooded area off the main pavilion, for 20 euros (a little over $20).

“I didn’t have any money,” Abdullah said. “At the airport, there is no healthy work. You can sell drugs, sell sex or work for smugglers to find customers. There was no other way for me. I didn’t even have 20 cents.”

Thousands of migrants and asylum seekers live in Athens, hardly any of whom actually want to stay there. The continent’s new border rules have left them trapped on their way to northern Europe, and when their money runs out there’s almost no legal way to earn more. This is especially true for people from countries like Afghanistan, Pakistan and Iran, whose citizenship classifies them in Europe as “economic migrants,” and who for that reason have been stuck in the city longer than most Syrians, who are considered “refugees.”

With no money left, some young men sell sex to survive — in Pedion tou Areos, Victoria Square, and various bars and clubs around the city.

In Greece, sex work is legal only in registered brothels. But it’s common on the streets, too. Years of economic hard times have lured more women into prostitution. That’s well known. The male sex trade, on the other hand, is little reported, but it appears to be rising as Greece struggles with its economic and refugee crises.

In past years, many of Athens’ male sex workers were Albanians, Bulgarians, Romanians and Roma. Recently, they have also included young men from the Middle East and South Asia.

Sami’s Bar, in the run-down Fylis Street neighborhood, has always been a place to meet young migrants. On a recent Saturday night, the small club was packed with young Iranians and older Greeks. Iranian and Afghan music blasted on the speakers. Shirtless guys danced on the bar, while groups of older men settled in at booths with liquor bottles and buckets of ice. Young men mingled with them or stood around, waiting.

One young guy, Hassan, sat with his friend against the wall, looking glum. He said he was 24 and his friend was 20. He’d been in Greece two months after coming from Iran. Hassan and his friend both lived at the airport. “Aeroport, no good!” Hassan shouted over the music. “Food, very bad! No shower!”

This was his second time at the club. A customer sat down next to him. Within a few minutes, with one of the dancers acting as translator and negotiator, they settled on a price of 30 euros and left.

Despite everyday transactions like these, immigrant life in Athens is so separate from Greek life that some local residents say they’re entirely unaware of venues like that. “A lot of Greek gay guys have no idea this is going on,” Zak Kostopoulos, a writer and activist, said of the Sami’s scene. “You’ll never see the same person in both those places — Sami’s and a mainstream place. It’s a completely different crowd.”

According to a number of Athenians interviewed for this story, many of the men who frequent Sami’s and other cruising spots to pay for sex are married or in the closet. Many of the men turning tricks, on the other hand, don’t consider themselves gay because, as they see it, they’re being paid and they typically are the top in the transaction, said Adonis Primikiris, who works with the HIV awareness nonprofit Checkpoint.

Pedion tou Areos has long been a site for secretive activities: cruising and hustling on one side of the central pavilion and drug use on the other. During a couple of recent afternoon visits to the hustling area, most of the people there were young men sitting on benches and older Greek ones walking by slowly and looking them over. One Greek sex worker named Stratos, a regular at the park, said the other guys there used to be from Eastern Europe, but last summer newcomers began arriving from the Middle East and South Asia. There were sex workers from Iran, Iraqi Kurdistan, Pakistan and Afghanistan, none older than 25 and some who looked like teenagers.

The standard price for sex was about 10 euros, but a guide and translator who described himself as an occasional customer at the park, said that if you are willing to negotiate, and wait, you could pay as little as 2 euros.

“Some of the boys are ashamed to ask for money,” he added. “They’ll only ask you afterwards, and you can pay them if you want to.”

The abandoned Hellinikon Olympic complex and airport, where Abdullah resides, shelter more than 4,000 people. In the main airport terminal, lit signs for the boarding gates and baggage claims are on, but the entire floor now contains nothing but tents from one end to the other. People here wait in line for food prepared in a kitchen downstairs and sometimes walk across the highway to the beach to bathe. A few humanitarian groups come out to help, but they can provide little outside of the most basic services. About 1,000 of the people living here went on hunger strike recently to protest poor conditions.

Most of the people at the airport are from Afghanistan, with a few from Iran. Abdullah is Afghan but was born in Iran after his parents fled war in their country. His father was in jail for most of his childhood, and to support his family Abdullah worked six days a week at a factory.

From Greece, Abdullah wants to go to Sweden. He says he’s 19, but he looks younger. He’s tall and handsome, with an open, innocent-looking face. But his eyes are glassy and tired. 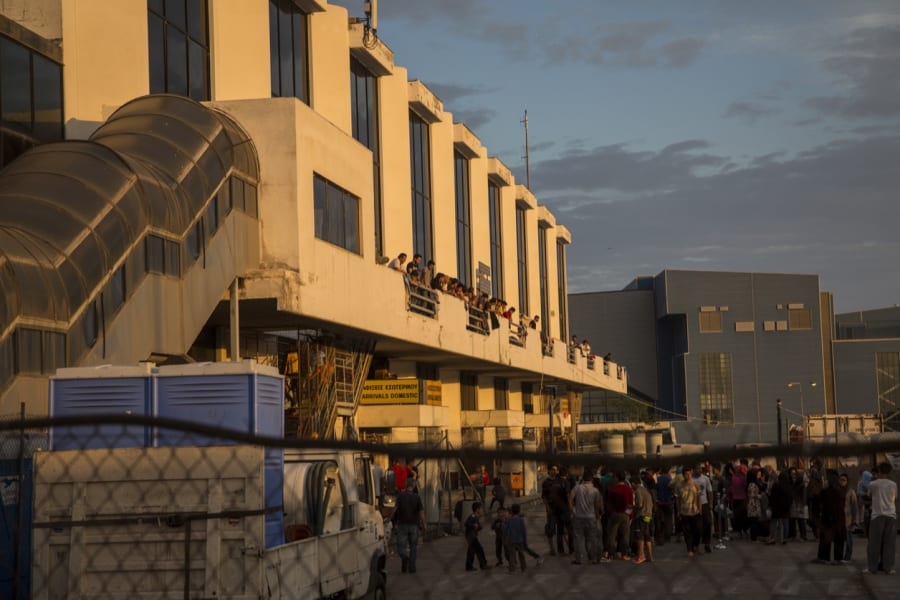 “We don’t have any help from anyone here,” he said. “We had only one hope, that the border was open, and now it’s closed. I don’t have money to go anywhere. I don’t know what to do.”

No one else seems to know either. Few migrants are going back home, and few have the money for a smuggler. Those in Athens can apply to be resettled elsewhere in the EU, but the application process has stalled: According to European Commission statistics, less than 2 percent of the refugees in Greece have so far found a place in other European countries.

With no way to earn income, desperation will deepen. Athens and the refugees may be stuck with each other for years.