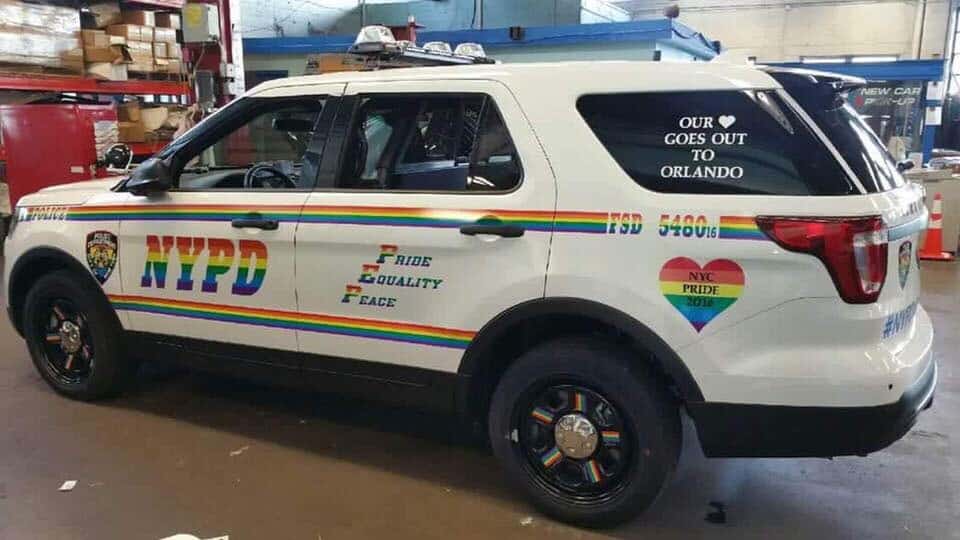 The vehicle also has a heart sticker that reads “NYC Pride 2016” and the words “Pride Equality Peace” – both in rainbow colors. It carries the letters FSD, which stands for Fleet Services Division, on its side.

The NYPD has been working on its relationship with members of the city’s gay community since the June 12 attack that killed 49. Bratton was booed at a rally at the Stonewall Inn after the attack.

The vehicle will appear in the NYC Pride parade on Sunday.

The Orlando Police thanked the NYPD for the message of solidarity: