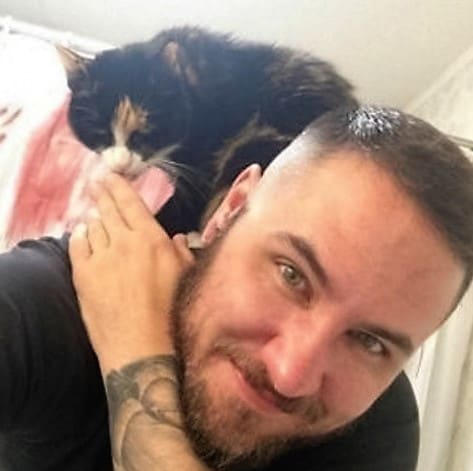 People for the Ethical Treatment of Animals (PETA) has awarded a transgender man its Sexiest Vegan Next Door award for the first time.

34-year-old Salt Lake City resident and transgender activist Dexter Thomas, who has been vegan for almost 17 years, has worked on bullying of sexual-minority youth and opposed rodeos put on by the Utah Gay Rodeo Association.

“An impressive combination of compassion and commitment to taking action against injustice has secured 34-year-old Salt Lake City resident and transgender rights activist Dexter Thomas the top honors in PETA’s 2016 Sexiest Vegan Next Door contest. Dexter, who beat out contestants from across the U.S., is the first-ever out transgender winner of the contest. He will enjoy a free vacation for two to Maui, Hawaii, courtesy of Humane Travel – a trip he plans on taking with his mother to celebrate her recent completion of months of chemotherapy and radiation.

“Dexter’s deep commitment to exposing the common roots of oppression and advocating for individuals in need, regardless of species, makes him number one on our list,” says PETA Executive Vice President Tracy Reiman. “PETA encourages anyone who’s inspired by our sexy vegan’s strength and compassion to follow in his footsteps and go vegan.”

“I learned firsthand that people are capable of immense cruelty toward others who they perceive to be inferior to them. When I started to realize that this attitude drives a transphobia, homophobia, sexism, and so on, I also realized it fuels outdated attitudes toward other animals. This is part of what motivated me to go vegan when I was 17.”

Out Trans Man Dexter Thomas In The Running For PETA's "Sexiest Vegan Next Door" – NewNowNext https://t.co/4Z6v9LyFX8

Dexter’s co-winner is family physician Chioma who has been vegan for seven years.