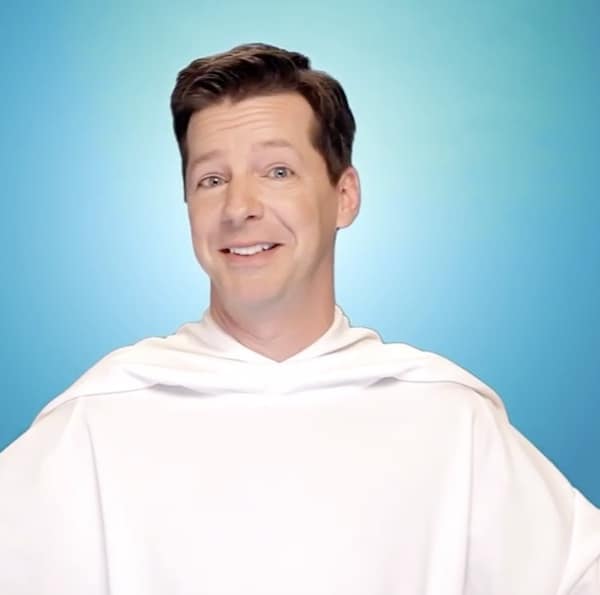 Sean Hayes tells Playbill that he wishes he had come out of the closet before he did:

“I got Will & Grace, and I thought, ‘Oh, this is different. I don’t know how to handle this. I’m not bright enough, I’m not quick enough, I don’t have the DNA to be a spokesperson for any kind of group of people.’ I had personal issues inside of myself that I regret. I regret not coming out sooner and helping more people, and I regret not coming out during the show. Everybody in the gay community knew I was gay, but it was this fight I had with the press because they want you to come out on their terms, and other gay people want you to come out on their terms, and if you don’t come out on their terms you’re just an asshole, and you’re wrong. Well, each individual human being has a lot of stuff that nobody knows about. Nobody knows what anybody else is going through at any point in their lives.”

“We shouldn’t be fascinated that a straight man can play gay anymore. There’s nothing mind blowing about that anymore. It’s been done. I’d like everyone to just be treated equally, to see people look at you and accept you for who you are as a human being and your spirit. When I ask gay men and women who have children, ‘Tell me how they’re growing up in the world and what their views are as far as gay culture?’ Their answer is, ‘It’s all they’ve ever known, so it’s completely normal to them.’ And could you imagine, if it was ‘All the world has ever known’? What a much better place we’d all be in.”

Hayes is currently starring in An Act of God on Broadway.