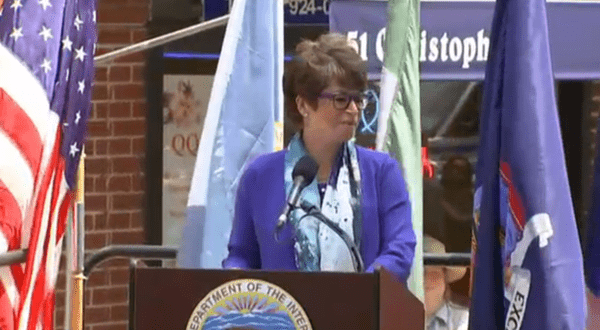 Happening now, officials from the Obama administration as well as elected representatives from New York have gathered outside the Stonewall Inn to celebrate the iconic landmark being deemed a national monument by President Obama.