THE END, FOR NOW. Hillary Clinton wins Washington DC primary, meets with Sanders: “Hillary Clinton formally concluded the U.S. Democratic presidential race on Tuesday with a win in the District of Columbia primary, then turned her focus to uniting the party during a 90-minute private meeting with defeated rival Bernie Sanders….Both camps described the meeting as “positive” and said the two noted their shared commitment to stopping Trump and pursuing issues such as raising the minimum wage, eliminating undisclosed money in politics, making college affordable and making healthcare coverage more accessible.” 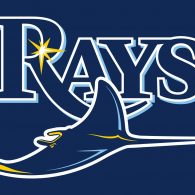 ORLANDO. Tampa Bay Rays will donate Pride night proceeds to Orlando victims: “Beginning this morning, all open seats to Friday’s Rays-San Francisco Giants 7:10 p.m. game at Tropicana Field will be available for $5 with 100 percent of proceeds benefitting the Pulse Victims Fund (gofundme.com/PulseVictimsFund), set up for the families of the victims.” 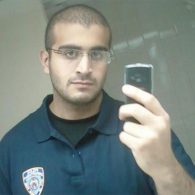 OMAR MATEEN. Orlando killer visited gay chat rooms. “Investigators don’t know whether he visited the chat rooms for personal reasons or for surveillance before carrying out the brutal attack early Sunday at the Pulse gay nightclub in Orlando, killing 49 people and wounding more than 50 others.” 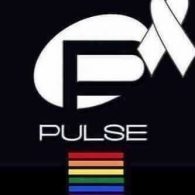 PULSE. Straight Pulse bartender returns to cover Orlando massacre as AP videographer: “As a cash-strapped college student at the University of Central Florida in Orlando, I was more than willing to try something outside the box to earn good money. Taking that job selling shots of alcohol was one of the best decisions I’ve ever made. The gay community virtually adopted me and eased my college expenses with its generosity. It feels surreal to now be a member of the news media covering the massacre at Pulse. I’ve focused my camera on countless murder scenes and tragic stories, and I rarely get emotional. I use my lens to distance me and keep work separate from real life.”

POSSIBLE SECOND TARGET. Mateen sent Facebook friend request to owner of Orlando gay club Revere: “When I didn’t accept (the Facebook friend request), I looked through his friends first and rejected it. In doing that, I looked — a few of his friends were just Arabic writing and I didn’t even know. It was just nothing that would relate to an LGBT club. It just didn’t make sense.”

JOINT MUSLIM STATEMENT. Leading Muslims speak out:  “On behalf of the American Muslim community, we, the undersigned, want to extend our deepest condolences to the families and friends of the victims of the barbaric assault that occurred early yesterday morning at Pulse, an LGBTQ nightclub in Orlando, Florida. We unequivocally say that such an act of hate-fueled violence has no place in any faith, including Islam. As people of faith, we believe that all human beings have the right to safety and security and that each and every human life is inviolable.”

ELLEN PAGE. Speaks out on Orlando.

FLORENCE WELCH. Sends her thoughts to Orlando. “Say my name and every color illuminates. We are shining, and we will never be afraid again.”

JACKSON, MISSISSIPPI. City Council passes landmark LGBT nondiscrimination ordinance. “As the LGBTQ community grapples with the horrific massacre in Orlando, it is truly encouraging to see the Jackson City Council taking decisive action to protect and affirm the rights of all their citizens,” said HRC Mississippi State Director Rob Hill. “Discrimination and hate have no place in Jackson, and everyone, regardless of who they are, should have the legal right to feel safe in their community. We thank Councilman Tyrone Hendrix for his continued leadership on issues of equality, and are confident that the Council’s actions will serve as an example to communities across the country.” 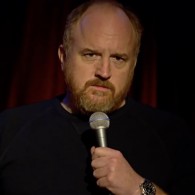 PILOTS. Louis CK explains why he’s voting for Hillary. It’s like if you were on a plane and you wanted to choose a pilot. You have one person, Hillary, who says, “Here’s my license. Here’s all the thousands of flights that I’ve flown. Here’s planes I’ve flown in really difficult situations. I’ve had some good flights and some bad flights, but I’ve been flying for a very long time, and I know exactly how this plane works.” Then you’ve got Bernie, who says, “Everyone should get a ride right to their house with this plane.” “Well, how are you going to do that?” “I just think we should. It’s only fair that everyone gets to use the plane equally.” And then Trump says, “I’m going to fly so well. You’re not going to believe how good I’m going to fly this plane, and by the way, Hillary never flew a plane in her life.” “She did, and we have pictures.” “No, she never did it.” It’s insane.

FORMAT WAR. Apple’s Trent Reznor blasts YouTube: “Personally, I find YouTube’s business to be very disingenuous. It is built on the backs of free, stolen content and that’s how they got that big. I think any free-tiered service is not fair. It’s making their numbers and getting them a big IPO and it is built on the back of my work and that of my peers. That’s how I feel about it. Strongly. We’re trying to build a platform that provides an alternative – where you can get paid and an artist can control where their [content] goes.”

PETE’S DRAGON. A trailer for the remake.