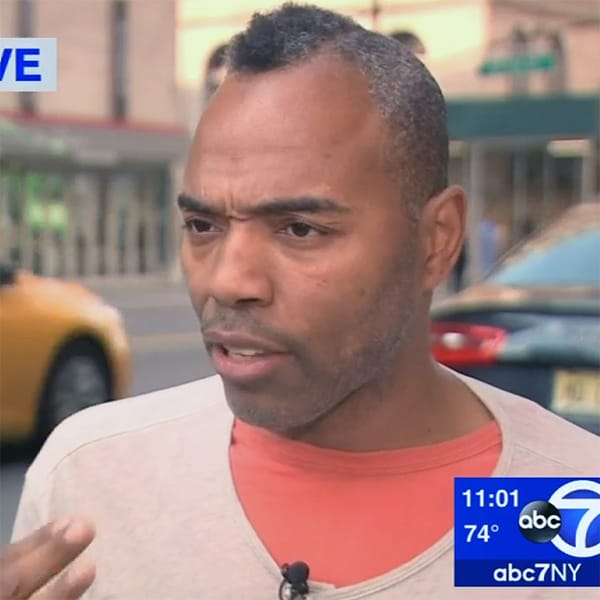 Police arrested one of two men suspected of “stabbing” a man in the Bronx last week, while hurling “anti-gay slurs” at him.

On Monday, July 13 the NYPD released a video of two men who allegedly attacked Marquis Devereaux, 49. The incident happened in the early hours of Sunday, July 12 as Deveraux went home from work in the Clason Point neigbhoorhood of the South Bronx.

Devereaux was stabbed multiple times near his left armpit and had to be taken to Westchester Square Hospital, where he received eight stitches.

The men fled the scene.

This morning the NYPD announced that 25-year-old Kareem Ruddock had been arrested in connection with the incident. He was charged with felony assault and weapons possession, but not with a hate crime. Police “declined to prosecute the arrest,” James Brunner, Public Information Associate at The Bronx D.A.’s Office told Towleroad.

UPDATE: A M/25 has been arrested in regard to this incident https://t.co/85FdLKvEpk

This is not the first time Devereaux is a victim of an anti-gay attack.

In 2011, the superintendent of the building where he used to live in Queens, New York slashed his leg with a knife. “This has happened to me twice and the only thing I’m guilty of is being gay,” Devereaux told the Daily News after the July 10 attack.

That time, however, the attacker was charged with a hate crime and sentenced to three and a half years in jail.

Investigation of the July 10 attack is  is still “ongoing.”

Previous Post: « The RNC Just Used ‘My Little Pony’ to Defend Melania Trump’s Plagiarism – WATCH
Next Post: ‘America’s Got Talent’ Star Brian Justin Crum Will Give You Chills With His Radiohead Cover – WATCH »