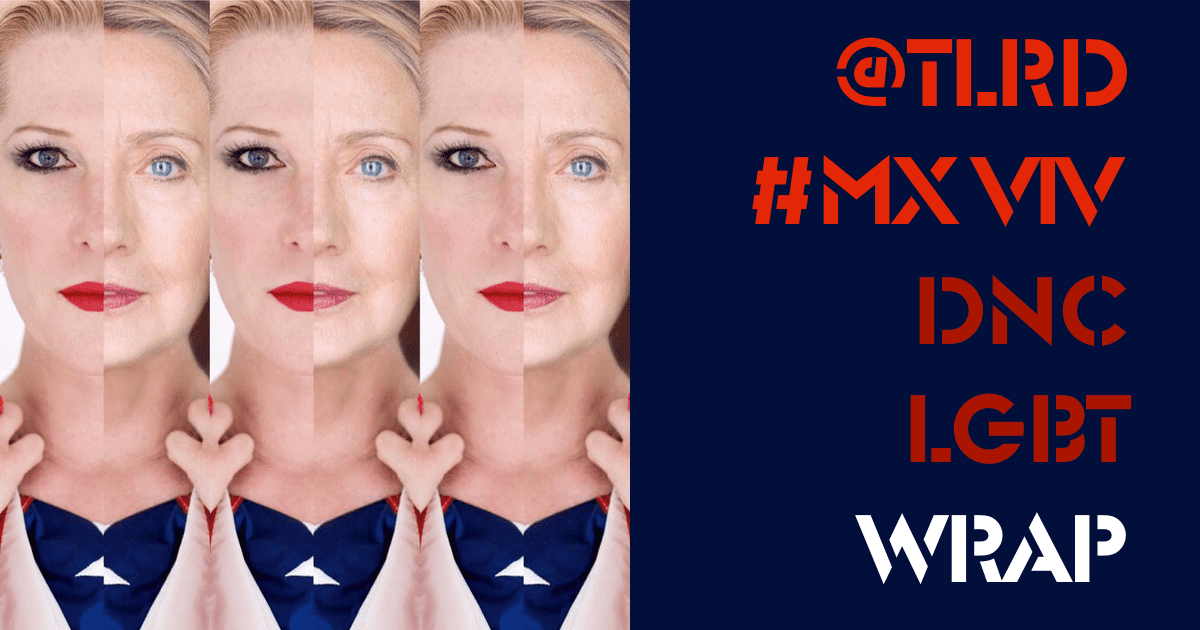 It’s the end of a long day, a long week, a long primary and a long 100 years since Alice Paul formed the National Woman’s Party to demand passage of a national suffrage amendment demanding the right for women to vote in this country. Last night, Hillary Rodham Clinton became the first woman to be nominated for President of the United States by a major political party and it just may take a while for the gravity of that to settle in.

I remember in 1984 when the Democrats nominated Walter Mondale as their Presidential candidate and he chose Geraldine Ferraro as his running mate. That was the summer between my junior and senior years in college and at the time I was dating a girl named Jennifer. We were both proud feminists. When Ferraro accepted the nomination we sat on Jennifer’s bed watching the TV and wept with joy that this “breakthrough” had finally happened.

Once the feminine aspect of things starts taking over well, you can see it…

How Jennifer didn’t know something was amiss when I cried with her like I did I’ll never know but she was lovely and we really were thrilled. When Ferraro accepted the nomination she was wearing white just as Hillary was tonight. It was pointed out by LA Times reporter Cathleen Decker that white was the color worn by the suffragettes. Something tells me Melania Trump didn’t have that in mind.

But why wasn’t I weeping with joy tonight? Maybe it’s because 32 years ago in 1984 I was 21 and slightly more excitable, i don’t know… could be exhaustion. It’s been a long time since Ferraro’s “breakthrough” moment. And Mondale lost.

gay marriage… bathroom wars… transgender people in the military… It’s a slippery slope. What’s a man to do?

Also, where’s the joy in it really? Hillary has been maligned and attacked for everything under the sun since she first rose to national prominence in 1992. People hate her. I don’t hate her. I admire her tremendously but Jesus, now we have to fight for another four months to make sure she beats Trump? TRUMP! I mean, are you kidding? Shouldn’t this just be a no-brainer? Goddess knows he is. He’s evil and ridiculous.

But men like him have been stealing, raping and f*cking people’s lives up since time began. That’s nothing new. In certain circles people expect that sort of thing, admire it even. But Hillary is guilty of being a woman and if I know anything it’s to never underestimate the deep-seated misogyny that is entrenched in every crack – no pun intended – of our culture.

We live in a democracy not a meritocracy. Trump has directly appealed to “the undereducated.” I loved it when he said that. That made it all clear as day. It was Reagan’s victory really. The first thing Reagan did when he took office in 1980 was cut funding for education because he and his rich cronies knew that a dumb electorate is an easily manipulated one. It’s been downhill ever since.

All those pesky baby boomers who were going to college in the 60s almost destroyed this country–in California in particular, Reagan’s state, where while he was Governor the student protests at the public universities almost brought the military industrial system to its knees. Knowledge is dangerous. Hello! Hillary and Bill are prime examples of what that system bred.

Now look what it’s led to! If woman caused the downfall of man by eating from the tree of knowledge, then cut down the tree.

Why do the evangelicals love Trump all of a sudden? Because he’s taking on the evil sorceress who is threatening the patriarchy. Misogyny, pure and simple. Once the feminine aspect of things starts taking over well, you can see it, gay marriage… bathroom wars… transgender people in the military… It’s a slippery slope. What’s a man to do? I’m terrified to find out, but over the course of the next few months I’m sure we will.

Yes, I’m thrilled to have a woman candidate but I guess I’m too nervous to cry, too clear-eyed and anxious. What if she loses? That’s a terrifying thought and a real possibility. Even if all the horrible things people say about her are true -so what? She’s the choice and she must win. This is not just a kumbaya, go women, happy face emoji kind of thing. Sure, there’s that. She’s the nominee. Herstory has been made. But never forget that we are facing a grim reality if she loses.

People better get it together, stop talking stupid nonsense about Bernie, Jill Stein et al and realize how serious this actually is. Get real. I don’t care how many children, aides, or friends you think she’s killed, how many lies she’s told, corporations she’s sold out to, rumors you’ve heard, or bogus real estate deals you think she’s been involved in. Look at the psychos backing Donald Trump and get with the program.

They hate us and want us dead–especially the queers. They did in the 80s when they stood by and watched AIDS decimate our community and they still want us dead now. Look at Pence. And women? People of color? Please, you know what I’m talking about.

I’m thrilled Hillary has won the nomination but I sure as hell don’t trust the electorate. I’ll save my tears of joy for the inauguration.

Now let’s get to work so we can all bawl on the Mall in January!

Previous Post: « When Brian Sims Offers Youse Guys a Wooder at the Shore, You Take It
Next Post: Adele Met Drag Queen Adele and Was Absolutely Floored: WATCH  »