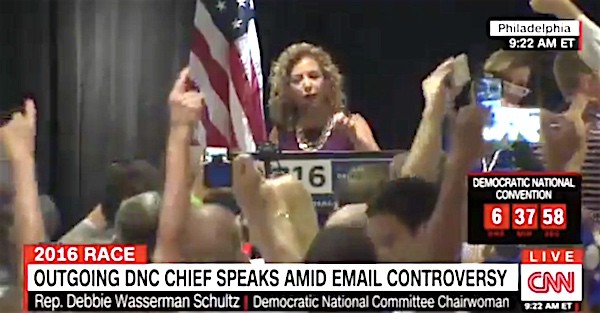 Outgoing DNC Chair Debbie Wasserman Schultz made the puzzling decision to speak to a group of Florida delegates at a breakfast in Philadelphia ahead of today’s Democratic National Convention.

The appearance comes less than a day after she announced she’ll resign over revelations contained in the release of emails by Wikileaks which showed that certain top Democratic National Committee officials looked for ways to potentially damage Bernie Sanders’ presidential campaign.

Wasserman Schultz was booed and met with cries of “shame, shame, shame” as she tried to speak to the delegation.