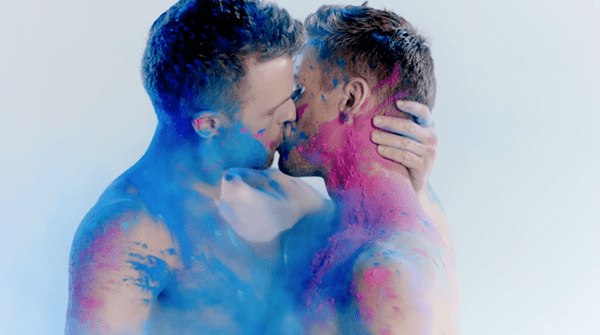 We have seen an outpouring of tributes to the victims of the Orlando massacre over the last month. However, none have been as colorful or physically dynamic as a new video from aerialist Matthew Richardson.

The video shows two gay acrobats spin through the air, often times pressing shirtless torso against shirtless torso, performing what is in essence an acrobatic tango.

Halfway through the performance, the two become engulfed in colorful powder. And things get even more sensual.

A title card at the end of the video declares that the performance is dedicated to the “memory of our brothers and sisters lost in Orlando.” It also ends with a hopeful note postscript: “For anyone who has ever been afraid to be true to who you are…be proud to be you.”

‘The Arrow’ is a striking visual representation of a simple story – two male artists who fell in love. From the first time our eyes met, the first embrace, to creating a bond and love that is unbreakable. The video shows two talented men who transform their personal story into an exciting performance to send a powerful message. That we are proud of who we are, the love that we share, and that all love is equal.

Damian Siqueiros directed the video from a concept by Matthew Richardson. The song in the video is “Arrow” by The Irrepressibles. 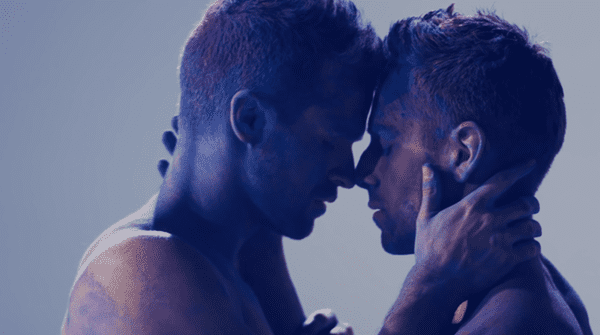