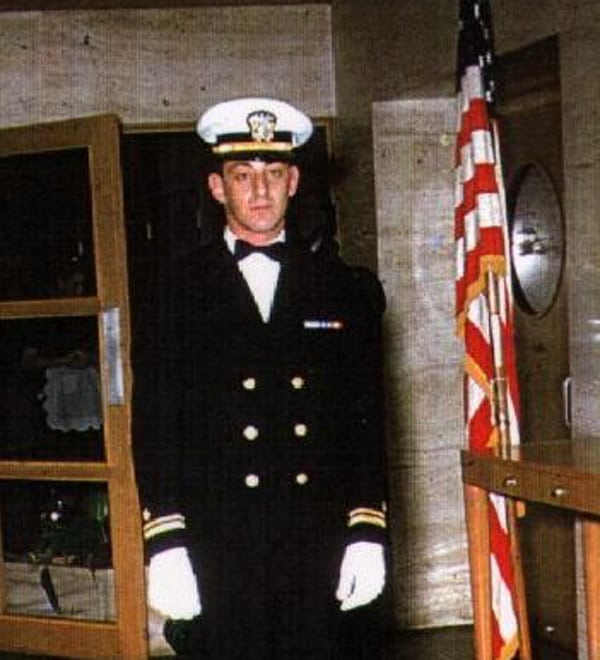 The U.S. Navy will name a ship after gay civil rights icon Harvey Milk, the first openly gay man to be elected to political office in California.

Milk served in the Navy during the Korean war and came from a family that had a history of serving in the Navy.

The July 14, 2016 notification, signed by Secretary of the Navy Ray Mabus, indicated he intended to name a planned Military Sealift Command fleet oiler USNS Harvey Milk (T-AO-206). The ship would be the second of the John Lewis-class oilers being built by General Dynamics NASSCO in San Diego, Calif. […]

More on Milk’s service in the Navy:

Milk came from a Navy family and commissioned in the service in 1951. He served as a diving officer in San Diego during the Korean War on the submarine rescue ship Kittiwake until 1955. Milk was honorably discharged from the service as a lieutenant junior grade.

The Washington Examiner reports that Secretary Mabus has come under fire for his naming of ships:

In 2011, he named a dry cargo ship after labor organizer Cesar Chavez, which raised the ire of Rep. Duncan Hunter, R-Calif. Similary in April, Hunter objected to Mabus naming a destroyer after former Sen. Carl Levin. Ships are traditionally named after someone after that person has died, although there have been exceptions.

Previous Post: « Austin Loses ‘A Safe Space for Gay Men to Go Have Sex’
Next Post: WATCH LIVE: Day 4 of the Democratic National Convention in Philadelphia »