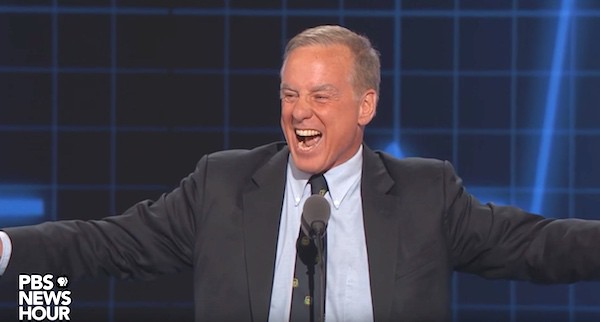 An extremely refreshed looking former Vermont Governor Howard Dean brought back the “scream” speech credited for foiling his 2004 presidential campaign at the end of an appearance at Tuesday night’s Democratic National Convention in Philadelphia.

Screamed Dean to a delighted stadium:

“This race is going to be won on the ground and it’s going to be won in Colorado, and in Iowa, and North Carolina and Michigan and Florida and Pennsylvania, and then we go to the White House!”