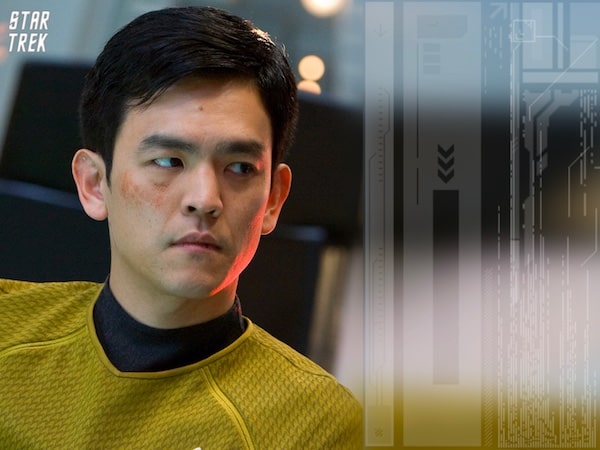 Hikaru Sulu, played by John Cho in the reboot of the Star Trek franchise, is revealed to have a loving same-sex partner with whom he is raising a daughter, in Star Trek Beyond, the Herald Sun reports:

Cho visited Sydney to promote the third movie in the franchise successfully rebooted by JJ Abrams in 2009, along with cast mates Chris Pine (Captain Kirk), Zachary Quinto (Spock), Karl Urban (Dr McCoy) and director Justin Lin. He said the decision by writer Simon Pegg and Lin to make Sulu gay was a nod to George Takei, who played the character in the original 1960s series, and was a sign of what he hoped were changing times.

“I liked the approach, which was not to make a big thing out it, which is where I hope we are going as a species, to not politicise one’s personal orientations,” said Cho.

News emerged in January that Sulu had a daughter, but Cho promised, “there is another revelation that you’ll find out in regards to this baby, but you’ll have to wait to see the movie.”

Watch the trailer for Star Trek Beyond, below: