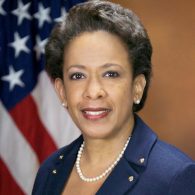 2016 ELECTION. Bill Clinton’s tarmac meeting with Loretta Lynch causes political fracas: “The reaction to the meeting was so politically fraught that Ms. Lynch is expected on Friday to announce that she will rely on the recommendations of career prosecutors and the F.B.I for the outcome of the email investigation. The conversation lasted roughly 20 minutes, and Ms. Lynch’s husband was present for it. But Donald J. Trump, the presumptive Republican presidential nominee, pounced on the news in a radio interview on Thursday.”

DECISIONS. Gay Italian man awarded $30K over denial of partnership visa: “The European Court of Human Rights has stated that Italy’s refusal to grant Douglas McCall a residence permit violated he and his partners rights under the European Convention on Human Rights. The Strasbourg court held that to deny same-sex couples residence permits on ‘family grounds’ was discrimination.” 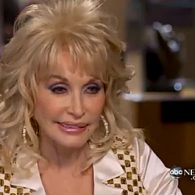 ENDORSEMENTS. Hillary Clinton has Dolly Parton’s vote: “Hillary might make as good a president as anybody ever has,” Parton admits. “I think no matter if it’s Hillary or Donald Trump, we’re gonna be plagued with PMS either way — presidential mood swings!” she jokes. “But I personally think a woman would do a great job. I think Hillary’s very qualified. So if she gets it, I’ll certainly be behind her.”

POSTERIORS. Rafael Nadal caught with his pants down. 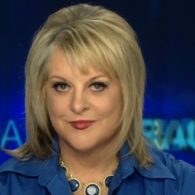 DEPARTURES. Nancy Grace leaving Headline News. “Grace, 56, broke the news ‪Thursday morning to her staff of 18 — some of whom have been working with her since the late 1990s, when she got her start co-hosting on Court TV with the late Johnnie Cochran — at the network’s CNN Center headquarters in Atlanta, where Grace shoots the majority of her shows. New York-based staffers learned of her departure simultaneously via video conference call.”

MUSIC. Apple in talks to acquire Jay Z’s Tidal music streaming service: “Apple is exploring the idea of bringing on Tidal to bolster its Apple Music service because of Tidal’s strong ties to popular artists such as Kanye West and Madonna. The talks are ongoing and may not result in a deal, these people said. Terms of the potential deal aren’t known.” 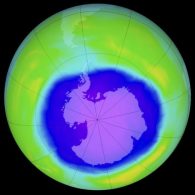 EARTH. The ozone hole is healing, say experts. “The researchers said they had found “fingerprints” indicating that the seasonal ozone hole over Antarctica, a cause of concern since it was discovered in 1984, was getting smaller. Although the improvement has been slight so far, it is an indication that the Montreal Protocol — the 1987 treaty signed by almost every nation that phased out the use of chemicals known as chlorofluorocarbons, or CFCs — is having its intended effect. Full recovery of the ozone hole is not expected until the middle of the century.”

FROM THE WOMB. Scientists capture Tiger Shark sonogram. “After landing at 12.5 foot, pregnant tiger shark, the team does an ultrasound to discover she’s carrying 20 well-developed pups!”

EERIE. Here’s what it sounds like to enter the magnetic fields of Jupiter. “NASA is celebrating Independence Day this year by putting a spacecraft into orbit around Jupiter. The space agency’s Juno mission is slated to arrive at the massive planet on the night of July 4th, after having traveled across more than 1.7 billion miles of space over the past five years. Once Juno arrives, the probe’s main engine will fire, slowing the spacecraft down and placing it into orbit around Jupiter. It’s an important event for the mission, especially since NASA has only one shot at getting it right. If Juno flies past Jupiter, the mission will be blown.”