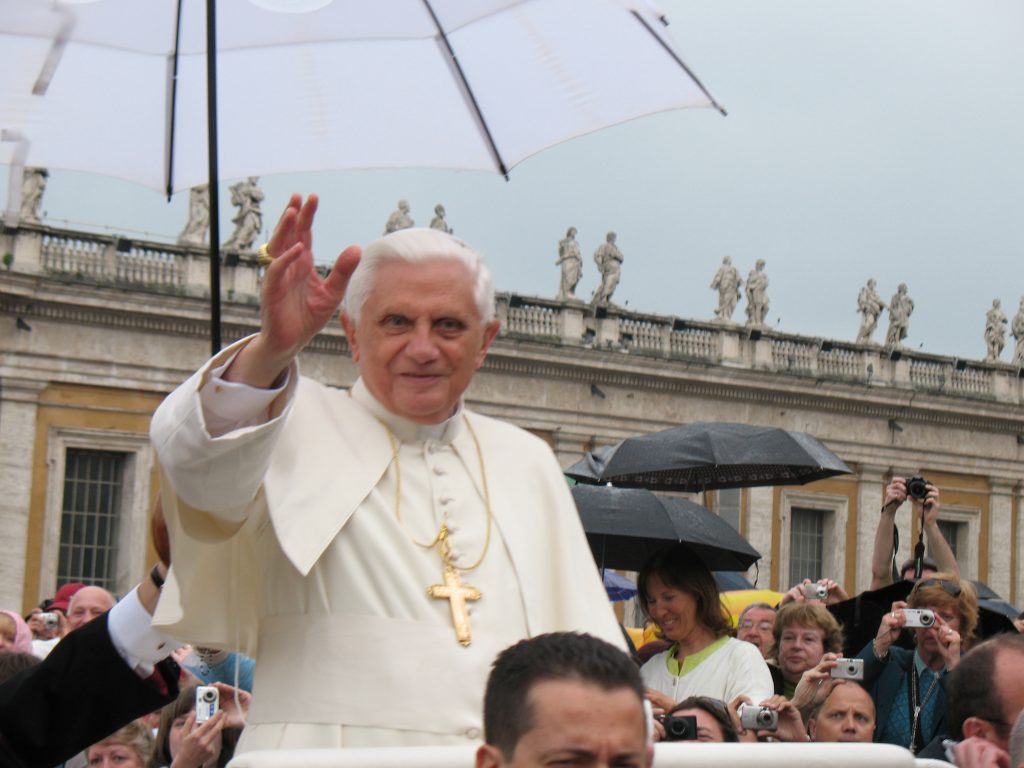 Pope Benedict XVI says that during his time as Pontiff he was able to break up an alleged ‘gay lobby’ within the Vatican.

Benedict made the assertion in his new memoir The Last Conversations, set to be published in September.

In the book, Benedict says that he came to know of the presence of a “gay lobby” made up of four or five people who were seeking to influence Vatican decisions. The article says Benedict says he managed to “break up this power group”.

Benedict resigned following a turbulent papacy that included the so-call “Vatileaks” case, in which his butler leaked some of his personal letters and other documents that alleged corruption and a power struggle in the Vatican.

Italian media at the time reported that a faction of prelates who wanted to discredit Benedict and pressure him to resign was behind the leaks.

Much has been made of the so-called ‘gay lobby’ over the years. At the time of Benedict’s resignation from the papacy in 2013, it was reported that the existence of this group heavily influenced Benedict’s decision to become the first pope in history to step down.

Benedict himself says his decision to resign was based on health reasons.

When Pope Francis was elected as Benedict’s successor he acknowledged the existence and influence of a ‘gay lobby’, saying, “There is talk of a ‘gay lobby’ and it’s true, it exists. We have to see what can be done.” In 2014, a cardinal said that Francis has been trying to “purify” that lobby–a statement which suggests Benedict was unable to break up the gay power group as he claims.

At least one former high ranking member of the clergy, Krzysztof Charamsa, the gay priest who was fired by Pope Francis after coming out as gay, has denied the existence of a gay lobby.

Watch a report from the AP on Pope Francis’ acknowledgment of a gay lobby as well as a trailer for PBS’ Frontline report Secrets of the Vatican, which chronicles the workings of the gay lobby (and is an absolute must-watch), below.