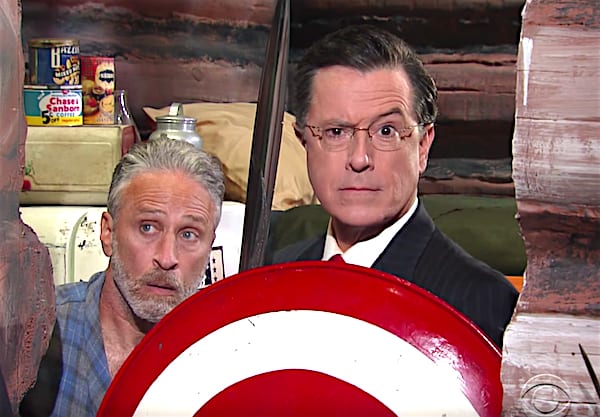 Turns out both of them have been living off the grid in “blissful, kale-fueled isolation” and neither have any idea that it’s not Jeb Bush who’s the presumptive nominee for the Republican Party, but Donald Trump.

And there’s a spit-take to be made by both of them.

Colbert later brought back his “The Word” segment from The Colbert Report, explaining that we’ve moved from ‘Truthiness’ to ‘Trumpiness’ in just a decade.

And the dazzling opening number: