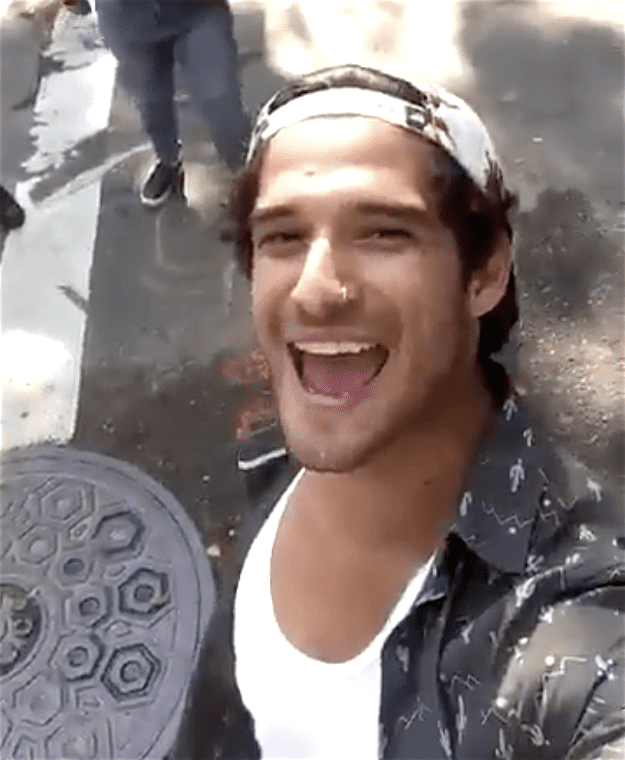 Tyler Posey, the actor perhaps best know for his lead role on MTV’s Teen Wolf, may have just come out as gay. Or he may have just been making a rather insensitive joke.

Posey shared a video on Snapchat on Friday in which he allegedly comes out.

In the video, Posey walks towards a street sign that says “Gay St.” As he arrives at the sign Posey said, “This is me. I am this and this is me. I’m gay! I’ve never felt more alive. I’m gay!”

Posey has not posted anything on his other social channels to confirm that he has in fact come out.

However, Posey has since posted another video on Snapchat that implies his ‘coming out’ may have all been a joke.

That video shows a lamp and Posey says, “Oh man, am I happy! I’ve never felt more happy than I do right now. I’m lamp.”

While that seems to be mocking or making fun of his earlier video, it’s all still rather vague.

If it was a ‘joke’, there are many who will not have found it amusing.

me when tyler posey tweets that it was "just a joke" pic.twitter.com/E9C9zjJHb0

Queer people are beaten, killed, treated like lesser human beings & people like Tyler Posey thinks it's a funny joke to pretend to be gay.