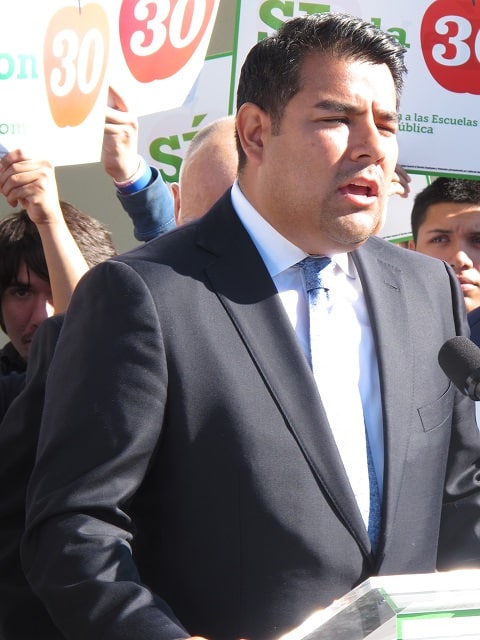 A bill moving through the California legislature could remove anti-discrimination exemptions for religious institutions.

Currently, religious institutions can discipline students for violating moral codes of conduct. In practice, the exercising of such “religious freedom” clauses often leads to anti-gay and anti-trans policies.

The AP reports that under SB 1146, schools would  have to disclose if they have been granted exemptions from federal Title IX rules against discrimination to prospective and current students.

Derry Connolly, president of John Paul the Great Catholic University in Escondido, says that SB 1146 will force the school to “change 2,000-year-old teachings to be in line with LGBT ideology.” Meanwhile, John Jackson, president of William Jessup University, argues that the bill would prevent the college from offering Cal Grant funding to low-income students.

Christian schools are trying to keep their federal funding all the while breaking federal laws. #SB1146 aims to end that.

However, Patti Colston, a spokeswoman for the California Student Aid Commission, said nothing in HB 1146 would explicitly prevent a religious institution from voluntarily participating in the Cal Grant program.

HB 1146 law faces an upcoming test in the state Assembly after passing the Senate.

Watch Biola University President Barry H. Corey speak out against SB 1146 along with a video in support of the law, below.

Previous Post: « ‘RuPaul’s Drag Race All Stars’ Is Back, and Queens Will Be Lip-Syncing for Their Legacies: WATCH
Next Post: Lesbian Drama, Legal Battles and ‘The Little Prince’ Streaming In August »