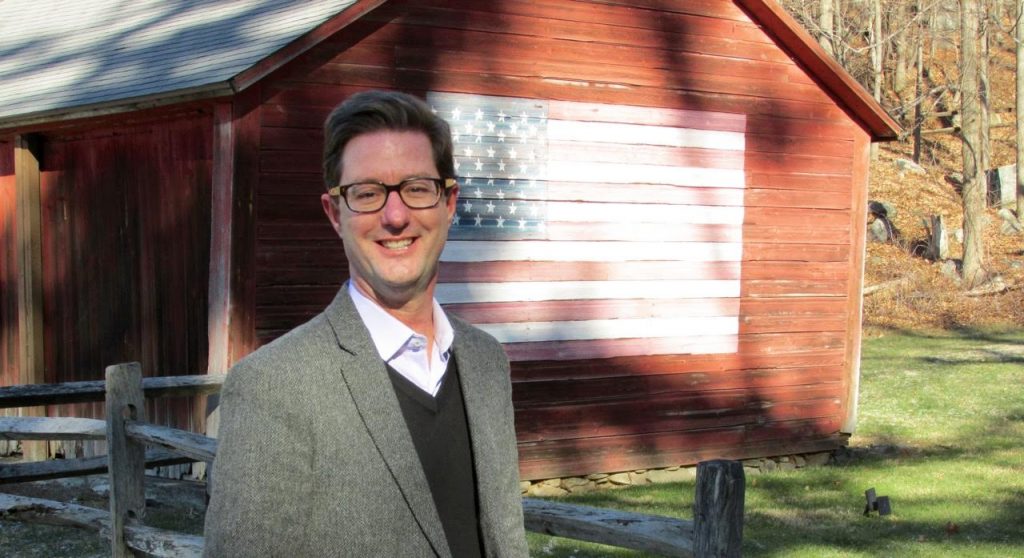 Out gay Republican congressional candidate Clay Cope is opening about his support for Donald Trump, Mike Pence, and the GOP in general.

Cope is challenging Democratic incumbent Elizabeth Etsy in the Connecticut 5th–quite the challenge given just how deep blue Connecticut is. A former businessman who started a line of women’s clothing with his partner, Cope told NBC OUT that he described himself as “a lifelong Republican.” He says, “The first election I voted in was for Ronald Reagan when I was 18. The tent has widened, and now there are gay candidates and that’s great.”

Cope says he doesn’t think much about being gay and in the GOP, explaining, “Did I have gay cereal this morning? No. The decisions I make are always what I think is the best for my constituents.”

Of his sexuality, he explains, “It’s such a non-issue for me. I know I am unique. I am a gay American. A Republican. I live with a Peruvian immigrant. We are blessed to live in a community and district that embraces us.”

Said Cope, “I am liking what I’m hearing from Pence. He does not believe in discrimination. And neither do I.”

He adds, “I take him at his word. I have to think about what he is saying now.”

Still, Cope claims to be focused on “anti-discrimination” issues. He says the GOP has been “very welcoming” to him and adds, “I never had anyone question me about my sexuality, about my relationship with my partner.”

As for the GOP’s platform this year — the most rabidly anti-LGBT platform in the party’s history–Cope says only,

“I don’t think the party is the platform. Voters vote for candidates not a party platform. I don’t agree with every aspect of the platform, but I am focused on issues.”

Cope plans to continue evangelizing for the GOP: “[I want to] raise awareness about the party that I know and that I love. The Republican Party is a party of inclusion and non-discrimination — or I wouldn’t be part of it.”