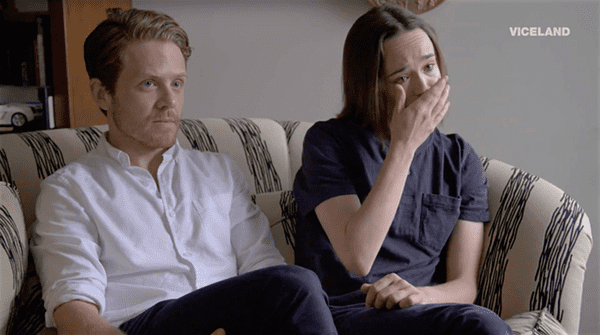 Ellen Page and her VICE TV show Gaycation are back with a new episode that takes a heart-wrenching look at the LGBT community in Orlando following the June 12 massacre at gay nightclub Pulse.

Page and best friend/Gaycation co-host Ian Daniel decided to head to Orlando to talk to the survivors and the families of the victims who were at Pulse when an ISIS-inspired gunman unleashed hell.

“Losing so many at once, it’s almost impossible to deal with,” says a woman in the first trailer released. “Gaycation Presents: Orlando” includes one survivor’s harrowing story of escaping the night club and another’s day of burying one pair of friends. The special hopes to shed a glimmer of light and show that the seeds of love and recovery for Orlando are possible and that the strength of the community — LGBTQ and beyond — will persevere.

Gaycation began as a series where Page and Daniel could travel around the world and document what it’s like to be queer in a variety of different cultures.

Watch a trailer for the special episode of Gaycation which airs August 24, below.

Previous Post: « Katy Perry Tries to Go Up, Up and Away in ‘Rise’ Music Video – WATCH
Next Post: Ariana Grande Mashes Up Whitney Houston’s ‘How Will I Know’ and ‘Queen of the Night – WATCH »